DRONES, SPORTS AND AN ORANGE ALLIGATOR

This week, we were tickled to receive a call from the Post and Courier newspaper in Charleston, S.C. asking for an interview with MARK TRAIL cartoonist James Allen. Why?
Because he included a reference to a unique phenomenon in his Sunday strip -- an orange alligator sighted in a nearby locale! Check out the story! And you can  read the entire Sunday comic here:

SNUFFY SMITH cartoonist John Rose reminds us that this is the week Snuffy gets a visit from his ol' pal, Barney Google. Catch up on the fun here.

In SNUFFY SMITH, Barney’s back!

INTELLIGENT LIFE cartoonist David Reddick shares a shot from his Sketchbook and his current read. 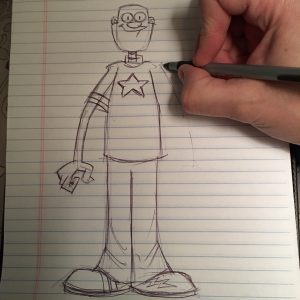 ARCTIC CIRCLE cartoonist Alex Hallatt shares her feelings about drones -- and a recent visit to the seaside town of Ribadesella. Check it out!

In Part 3 of his BEETLE BAILEY Timeline - 1964 series, Brian Walker focuses on one of his favorite gags that highlights a recurring theme in the comic strip: sports.  Click here to read all about it! 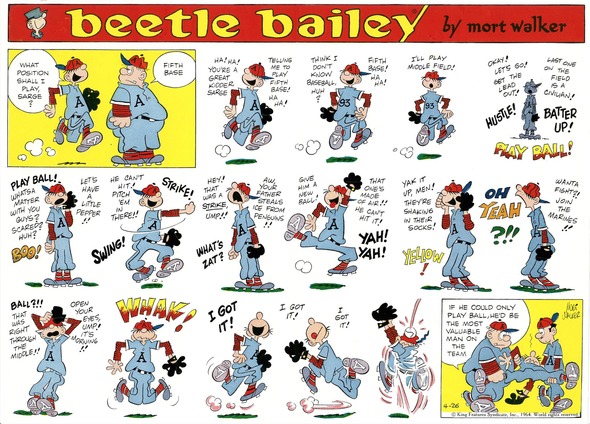 And in HI and LOIS, Brian revisits Trixie and her favorite stuffed companion, fondly known as "Mr. Ted." Check it out here. 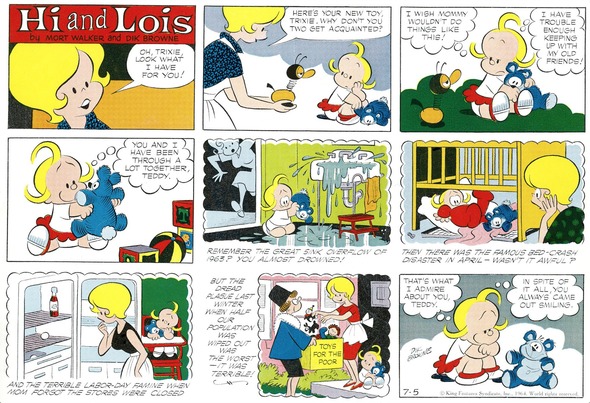 In his BIZARRO blog, Dan Piraro gives fans another inside look at the workings of his mind. :-) 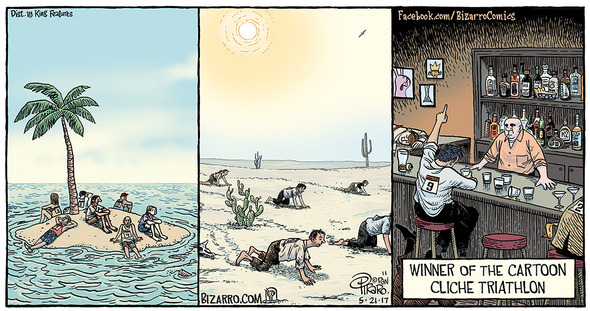 And finally, as several hundred cartoonists invade in Portland, Ore., for the 71st annual National Cartoonists Society's Reuben Awards convention this Memorial Day weekend, we wish our
awards nominees good luck! Hilary Price, Rhymes with Orange, for Outstanding Cartoonist of the Year; and Steve Kelley & Jeff Parker, Dustin and Terri Libenson, The Pajama Diaries,
both in the running for Best Newspaper Comic Strip.

If you happen to be in Portland, stop in on Sunday, May 27 for the NCS Book Signing at the Atrium Ballroom of the Hilton Portland Hotel, 921 SW 6th Ave. in downtown Portland. It's free and open to the public! Learn more about it here:
http://www.reuben.org/2017/05/the-cartoonists-will-meet-their-fans-in-portland/