Hope you all had a very happy Halloween! Today is National Author’s Day, so I’ce asked our cartoonists to share some of their favorite authors with us.

My favorite author is Charles Dickens. His rich storytelling, deep character development and proclivity to flesh out a setting in astounding detail is mesmerizing to me. His storytelling is a huge influence to me, as it makes me want to bring out little details in my own characters and comics, those little things that make things run a bit deeper, a bit more nuanced. I also love the fact that most of Dickens work was serialized, offering another influence on crafting storylines and characters in bite-sized chunks, encapsulated within with an overall ongoing story and universe, as well as understanding the intimacy with an audience that a serialized story (like a comic strip) can engender.

I have a penchant for doodling Dickens characters in my sketchbook when I’m reading one of his books, such as in my current reading of “Bleak House.” Here are some recent doodles that creep their way into my pages whilst I create Intelligent Life. I have a quiet little dream of creating a comic from one of Dickens classics. Perchance to dream… 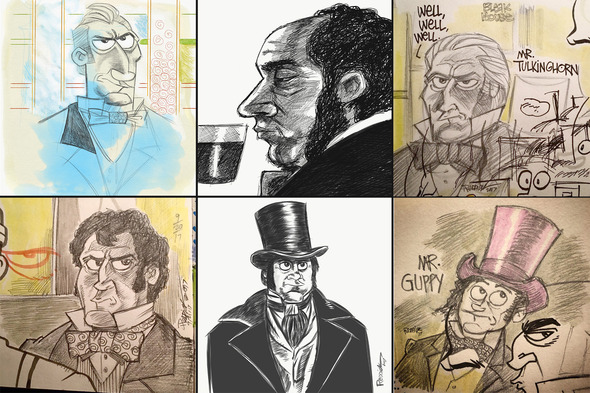 Frank Willard who drew “Moon Mullins” was my favorite author. He inspired me to be a cartoonist. I’d go to the front porch in the morning, get the newspaper bring itback to my father’s bed. He’d put his arm around me and read the comics. When he read Moon Mullins he’d laugh so hard tears would roll down his cheeks. I thought it was a great thing to do to make people laugh and decided I’d be a cartoonist.

Well, I know it’s Halloween, but that isn’t why I featured Edgar Allen Poe.
I created this cartoon a long time ago – and it is so weird and sick that it has never been published, but it was part of a group show at the bar Max Fish in 2005.
Anyway, enjoy! 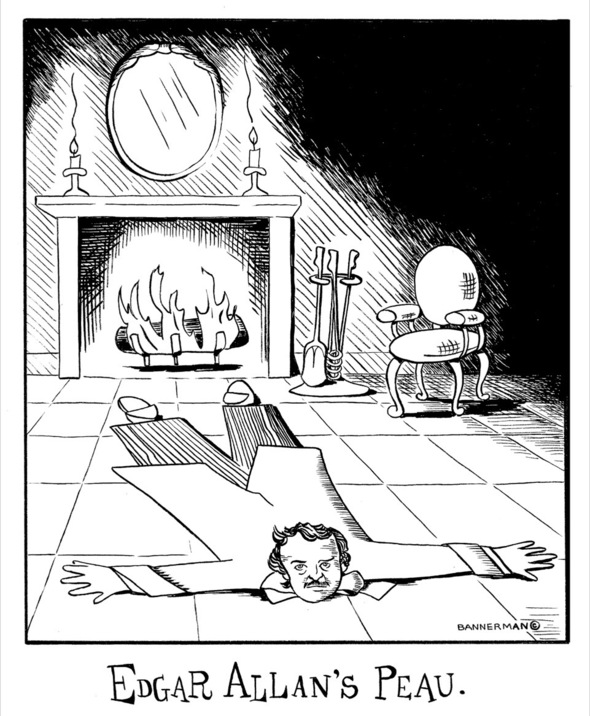 While more of a playwright than author, William Shakespeare is a favorite of mine. We’ve quoted the Bard on more than a few occasions in “Dustin,” usually through Megan — who is far more likely to be a Shakespearean than her knucklehead brother (as well as a little annoying). Here’s a sample of some…

One of my all-time favorite authors is CS Lewis. In addition to being an Oxford professor, his writings covered the gamut of categories…English Literature, Poetry, Science Fiction,Children’s Stories and Theology to name a few. Walter Hooper, his assistant for the last few months of his life, said he gave 75% of his earnings to charity during his lifetime. He was THE REAL DEAL in every aspect of his life. Amazingly, he died the same day as JFK and Aldous Huxley. 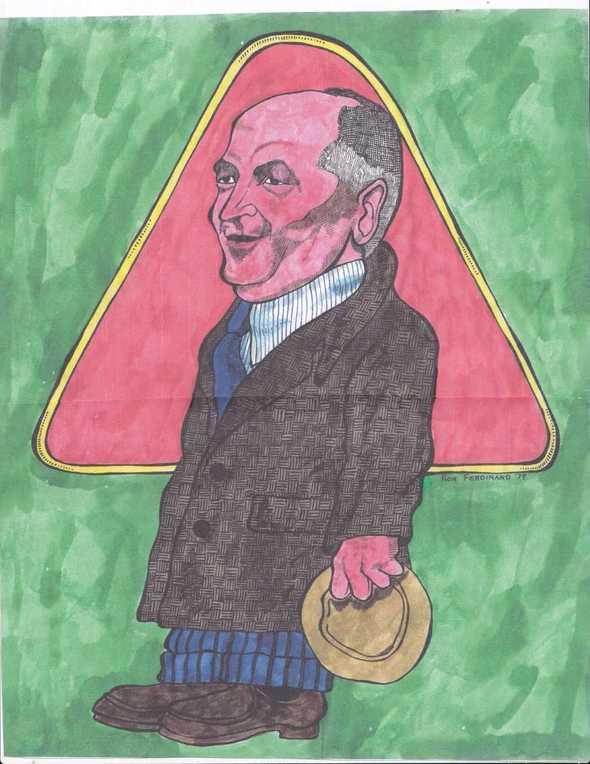 On top on my list of “current” authors is Charles Bukowski (died in 1994), both for his gritty, darkly comic novels and poetry. Bukowski puts Hemingway to shame for pared-down, direct writing. His work is largely autobiographical and hard as nails. I remember reading a Bukowski poetry collection at the same time I was trying to understand Brian Greene’s “The Fabric of the Cosmos” (a layperson’s explanation of quantum physics) and thinking, “What a perfect twosome–one in the gutter and one reaching for the stars. Both completely getting what life is all about.”

I did a few Bukowski “tribute” strips in 2010, but had to change his name to “Slouch Gavitski”, to avoid the wrath of his litigious widow. When Art Spiegelman and I were editing “Arcade, the Comics Revue” back in 1975, we published a story by Bukowski, illustrated by Robert Crumb. I remember Bukowski calling us underground cartoonists all “A bunch of Baptists in Popeye suits.” I never quite got what he meant by that–but I liked it.

Dethany’s favorite author, of course, is Edgar Allen Poe. That comes out frequently, especially in the naming of her raven Lenore. There’ve also been numerous mentions to Poe’s work, including “The Tell Tale Heart,” “Premature Burial” and “Cask of Amontillado.”