News Around the Kingdom: HONORS, KUDOS AND THE FUNNIES IN UNIFORM 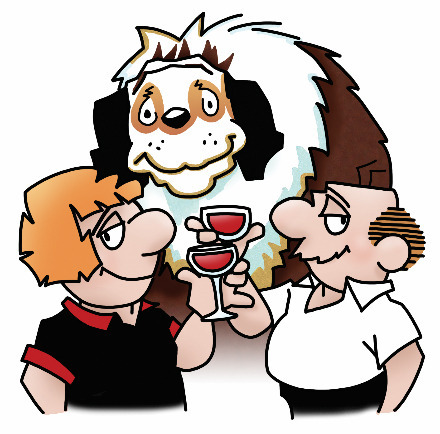 This week, we want to congratulate Bunny Hoest who is being honored by The Heckscher Museum in Huntington, N.Y. with a gallery show titled “The Lockhorns Meet Howard Huge: Comic Cartoons by Bill & Bunny Hoest,” which is on view to November 5, 2017. Bunny and the memory of Bill Hoest are being recognized this Sat., Oct. 28, at the Museum’s Celebrate Achievement Benefit honoring the cartoonists for their contributions to the arts and culture on Long Island, and beyond. Click here to read more about it.
If you’re in the area, check out the exhibition. 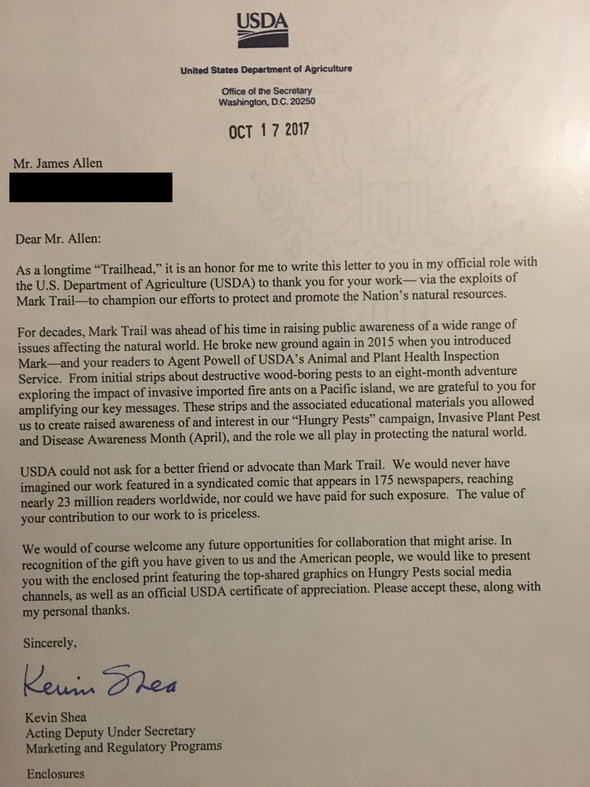 Congratulations seem to be the order of the day. MARK TRAIL cartoonist James Allen shared a letter and certificate of appreciation that he received from Kevin Shea, Deputy Under Secretary of the United States Department of Agriculture for the work he has done in educating the public about invasive species. 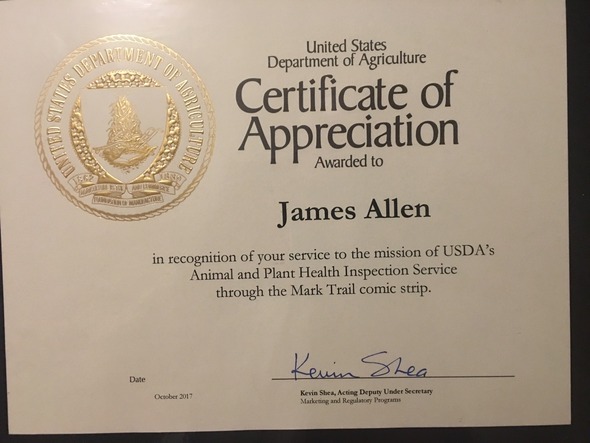 Check out the USDA’s blog post on how it all got started and then read the Washington Post article. Very cool stuff. 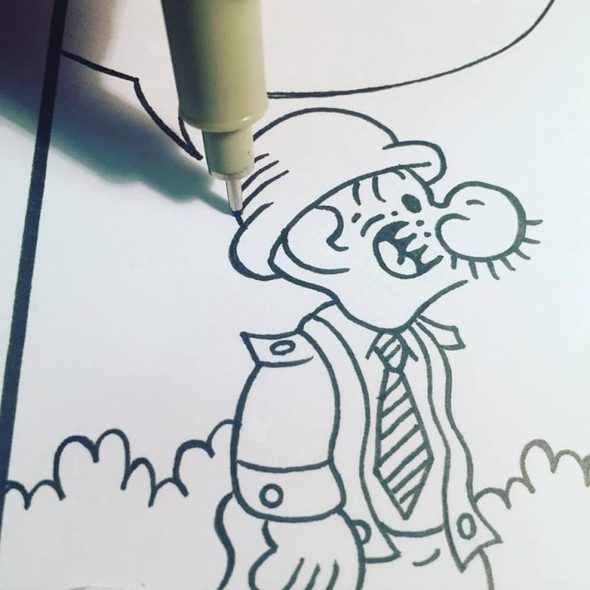 Speaking of cool stuff, SNUFFY SMITH cartoonist John Rose was working on his comic strip for Veterans Day and clued us in through his blog post this week about an article highlighting the crucial role the comics played during World War II. Snuffy and John are cited, along with King Features cartoonist and comics historian Brian Walker and our own Jennifer Beck, comics editor in the King Features Orlando office. It’s a fascinating subject and a great read. Check it out here:
http://www.tested.com/art/795290-funnies-uniform-role-comic-strips-during-wwii/

And if you’re anywhere near Roanoke this weekend, don’t forget to check out John’s Guest appearance at the New River Community College Comic Con! He’ll
be at his booth from 10:00 A.M. to 3:30 P.M. 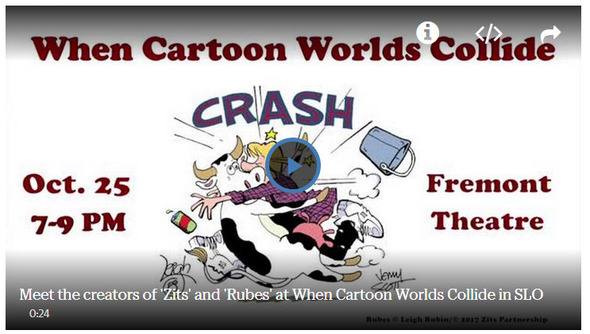 Cartoonist Jerry Scott (BABY BLUES, ZITS) is profiled with Rubes cartoonist Leigh Rubin (RUBES) in a video and article in the The Tribune in San Luis Obispo, Calif. The cartoonists appeared together in an event sponsored by the newspaper Titled “When Cartoon Worlds Collide ” and held at a local theater, the event allowed the cartoonists to demonstrate their drawing techniques and to discuss their craft onstage before fielding questions from the audience. Check it out here. 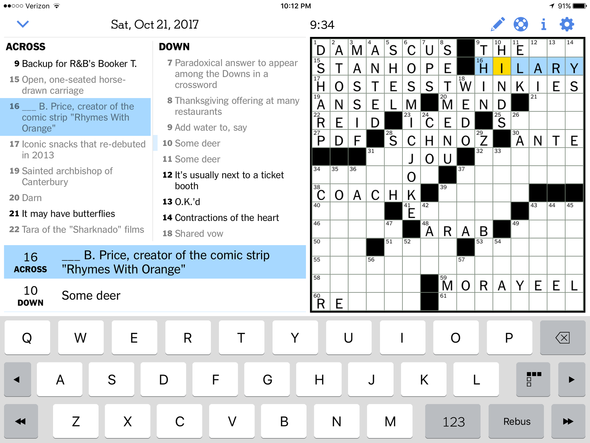 FUNKY WINKERBEAN cartoonist Tom Batiuk has been on an extended book tour to promote the publication of his Lisa’s Legacy Trilogy by The Kent State University Press. He has been chronicling his adventures at the various signings he has done across the country with photos and delightful tidbits from his travels. Ahead of one of his signings, he made time to stop in at Lisa’s Legacy Run. The Lisa’s Legacy Fund was established in 2007 following Lisa’s death in the strip to raise money for cancer research and education at the University Hospitals Seidman Cancer Center. In subsequent years, Lisa’s Legacy 5K run/walks have
been held along with other fundraising events to raise money for the fund. Royalties from the sales of Lisa’s Story also accrue to the fund. Check out his blog and then check the Events page  to see where he’s headed next. 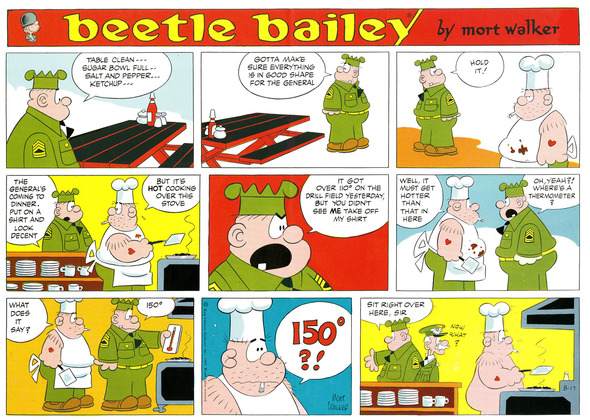 This week in Part 3 of his BEETLE BAILEY Timeline series, Brian Walker focuses on 1969 by shining the spotlight on Cookie, Camp Swampy’s culinary character, from his first appearance in the strip until he solidifies his position as an evergreen in the strip. This Sunday episode gives fans a good idea of how Cookie solves most problems in the kitchen. 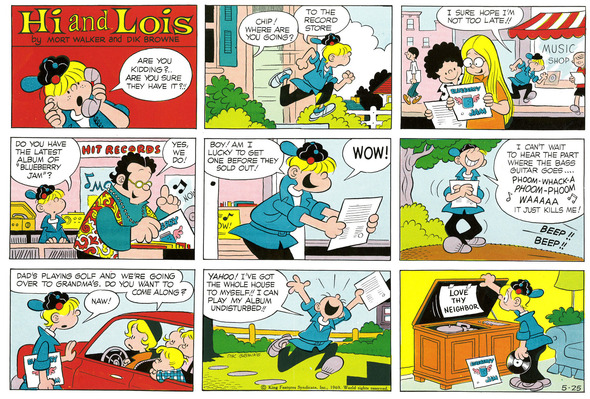 Over in the 1969 Timeline Part 3 of HI AND LOIS, Brian shares some insights into the teenage years he and his brother, Greg, and Chance Browne shared.They
all loved music and played their records far too loudly for their parents — as this Sunday page indicates.Check it out. It’s a wonderful walk down Memory Lane! 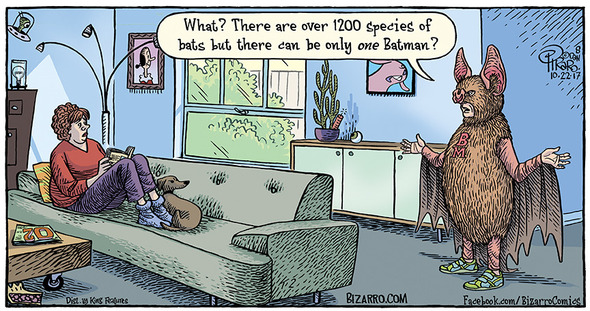 And finally, in his BIZARRO blog this week, Dan Piraro has fun with superheroes, angels and airlines,  tricks of the trade, surreal premises, reader comments and,
of course, politics.  Be sure to check out Dan’s always hilarious and thought-provoking blog here:  http://bizarro.com/2017/10/22/flying-mammals/#more-96125