OoooOOOoooOOOoooO Halloween is right around the corner! This week, I asked our cartoonists to share Halloween stories to get into the spirit of the holiday!

I’ve always been a big fan of Halloween and costumes in general. I’ve hosted and attended countless costume parties over the years. Sadly, I don’t have photos of all of them but here are a few I managed to dig up.

Here I am back in 1991 with a big papier mâché head. The face popped off to reveal a skull with crazy eyeballs that wobbled back and forth when I moved my head. No idea what happened to the photo of the skull part. It was my friend, Steve’s idea to take this picture and his new son, Charlie, I was holding. 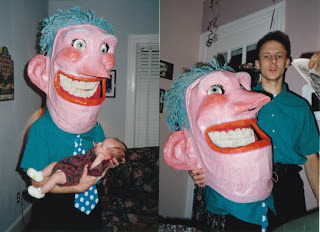 My Humpty Dumpty costume from the mid-90s eventually became a comedy routine in my one-man show in the early 2000s. Humpty’s body was a puppet sort of thing that I made to wear as an elaborate collar. The arms were attached to sticks that I was holding from behind the partition so I could move them around. This shot is from the comedy show but with the original costume, I wore a big box over my body with foam rubber bricks glued to it so it would look like a wall. Only my head was sticking out of the top of the box. 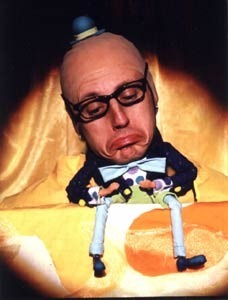 This Frida Kahlo costume was also from the 90s. The frame was attached to the front of a box inside which I had hand-painted the background of one of her paintings. The frame and box sat on my shoulders. This photo was taken at the party but was later used as my publicity photo for a number of years. Though it is blacked out here for the purposes of the PR photo, the rest of the costume consisted of a peasant blouse, colorful Mexican skirt, and sandals. 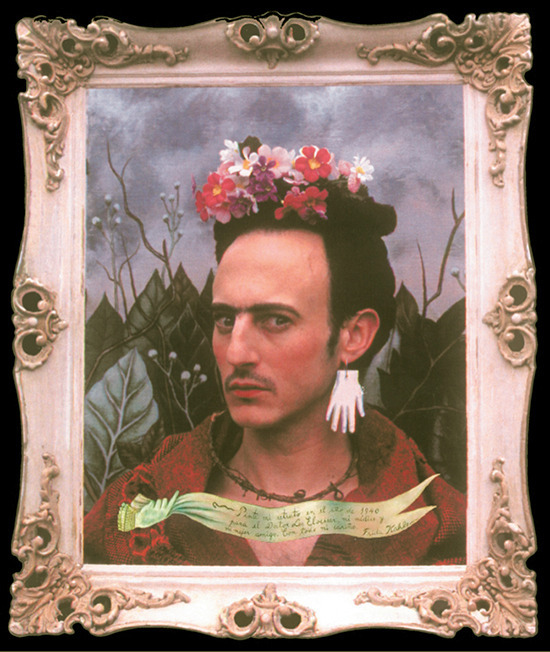 Here I am standing with my two daughters, Krapuzar and Krelspeth in 2013. That year the costume party was at one of their houses. They were characters from the film “Hook,” I was just some sort of Mexican Dia de los Muertos calavera dude. 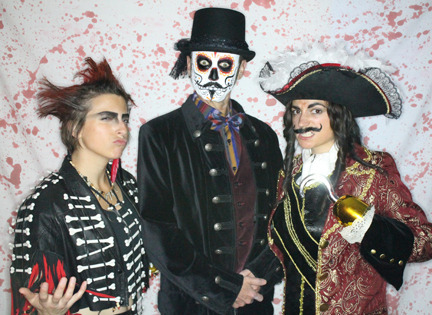 One year, I carved a “Peace Pumpkin”. I still like it, and I still wish for peace everywhere. 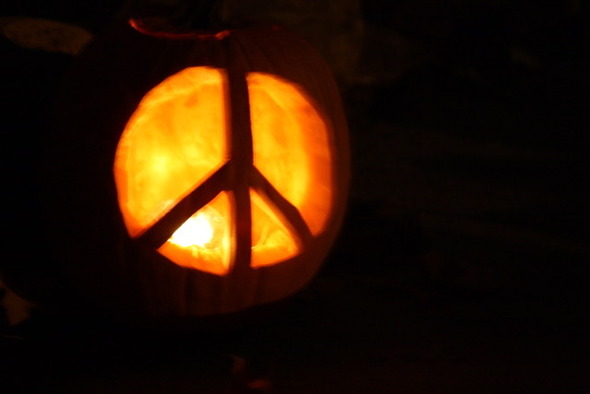 On several Halloweens in the late 60s and early 70s, our Mom and Dad would throw a party for neighborhood kids and/or classmates, mostly 7 to 9-year-olds. The kids would all come in costume, Mom would make an enormous spread of themed finger foods and treats (date palm “cockroaches” and “eyeball” radishes anyone?), and we’d show a few, abridged, old horror movie classics on the 8mm projector — but the highlight of the party was Dad’s amazing walk-thru haunted house. This wasn’t your run-of-the-mill put your hands in the next bowl of stuff haunted house. Ours was devised as a small maze of heavy black vinyl sheeting hung from the ceiling of our garage, and completely dark except for a few glow-in-the-dark items plus the candlelight-dim flashlight Dad carried, shakily directing everyone’s attention from one “horror” to the next. My brothers and I would conceal ourselves behind the vinyl “walls” to man the special FX, complete with stereo sound effects and lightning flashes. Dad would lead small parties of 5 or 6 kids at a time, telling them of the haunted wing of our house that we NEVER went into as he dramatically “unchained” the door. Once through, the door was closed, and Dad would slowly lead the kids through, telling them to beware of whatever fate awaited them around each corner– a living skeleton, bodies buried under the dirt floor, a spitting cobra, looking underfoot for an escaped tarantula! There was A LOT of screaming. By the last turn, the entire group was usually holding onto Dad’s belt for dear life. The adrenaline-pumped party-goers who made it out safely were lead to the back porch for punch and cookies so not to spoil the surprises in store for the others. None of them could believe the whole experience lasted just 7 or 8 minutes, some swore wild-eyed that they were trapped in there for at least 30 minutes. After everyone had passed through the haunted house, we put on the lights so the kids could see how we did it all — they were astonished to find it was just a harmless garage.

I drew a little diagram below of Dad’s haunted house as best I can remember it… Happy Halloween! 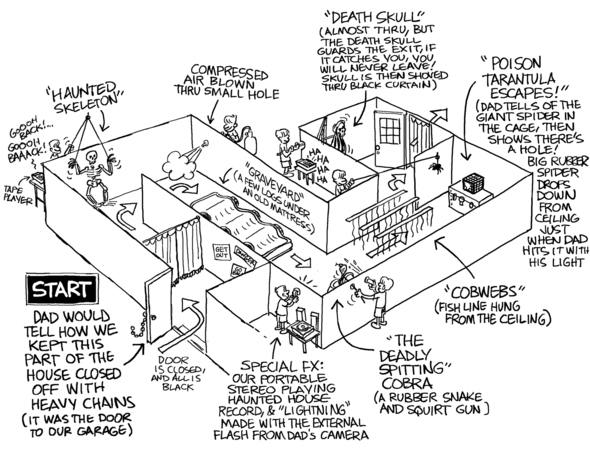 It was close to Halloween, many moons ago, when my husband and I were renovating our newly purchased 1907 home (a house deemed by the neighbour’s kid as ’the haunted house on the corner’). Amongst the many surprises we unearthed (including old papers stuffed in the rafters with cool old comics), one surprise was particularly fitting for the ghoulish time of year: a mummified black cat curled up in a sleeping position nestled beneath the dirt in the crawl space (still with whiskers and teeth). We decided that he was a good omen. Years later, still in the same old house, another black cat “crossed our path” and this time very much alive. He was a stray who had wandered into our garden and decided we were worthy enough for adoption. We think he may be our mummified cat reincarnated. A good omen, indeed. 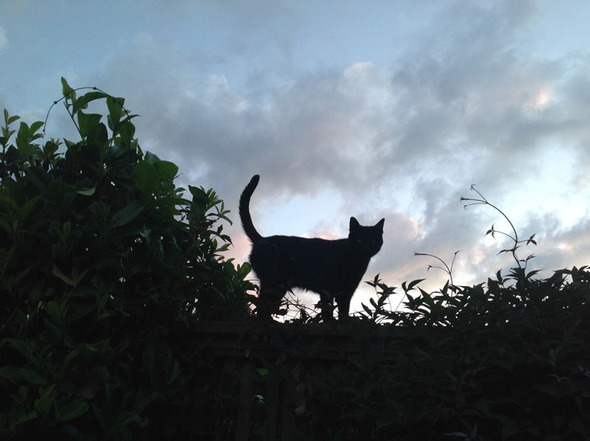 Halloween has always been a big holiday for us! When our children were little we dressed up in costumes as a family. We all really got into it! Over the years we’ve been the characters from Snuffy Smith, the cast of Scooby Doo, the Lilo and Stitch family, the characters from How The Grinch Stole Christmas, Beauty and the Beast, Dorothy and the Scarecrow and many, many more. One of my very favorites was when we were the Addams Family, as shown in this photo from years ago. Happy Halloween! 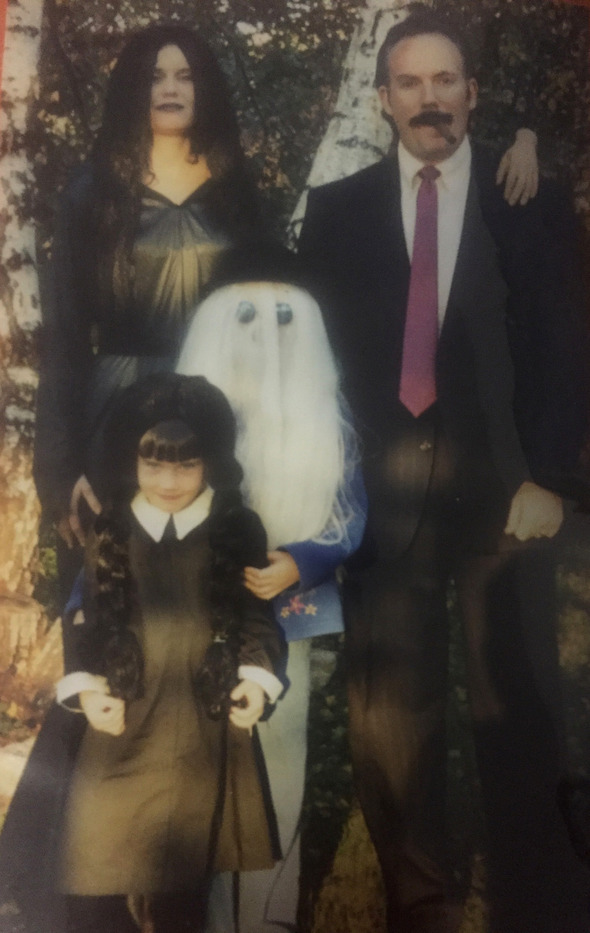 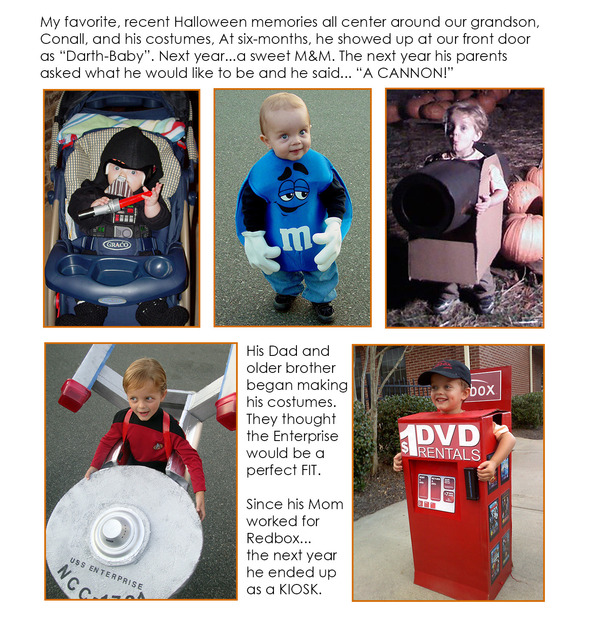 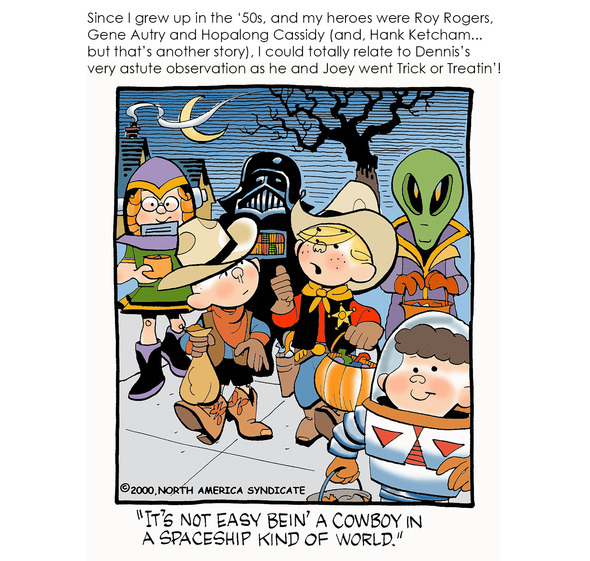 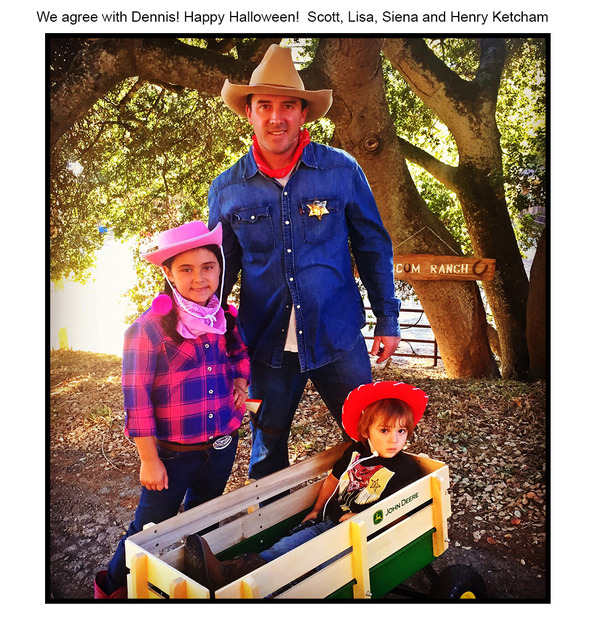 For Dethany in On the Fastrack, Halloween is always the big moment of the year. She goes all out, and kids come from miles around.

This year, Dethany is even crossing over to Intelligent Life where Skip and Gwen are visiting her party.

In Zippy’s pointy-headed hometown of Dingburg (17 miles west of Baltimore), the scary trick or treaters comes dressed as—-FLATHEADS! Oh, no….!!!