News Around the Kingdom: HURRICANE RELIEF VIA MUTTS.COM, MINNEAPOLIS SHINES IN SALLY FORTH AND ON THE ROAD WITH SNUFFY!

After last week’s informative column about the value of the comics by King Features columnist and antiques expert Terry Kovel, The King (via his editorial minion) is back to catch you up on the last couple of weeks’ happenings from all Around the Kingdom. 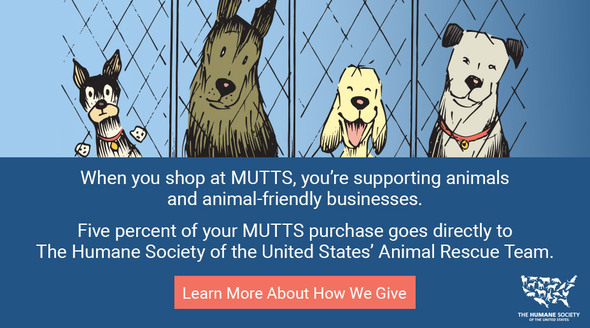 For all the fun they are, the comics can also carry serious and heartfelt messages. Those of you who read it know that the MUTTS comic strip has always revolved around cartoonist Patrick McDonnell’s love for animals. The strip often includes messages of animal advocacy and praise for shelter staff, volunteers and rescue workers. It has inspired real-life adoptions and support for animals of all species and backgrounds. In August 2017, McDonnell announced that five percent of every sale from his online MUTTS Shop will be donated directly to The Humane Society of the United States’ Animal Rescue Team. Given the widespread and continued suffering caused by the devastating effects of Hurricanes Harvey, Irma, Maria and Nate, the need has become even more critical and the donations for animal rescue even more appreciated. Check it all out at Mutts.com. 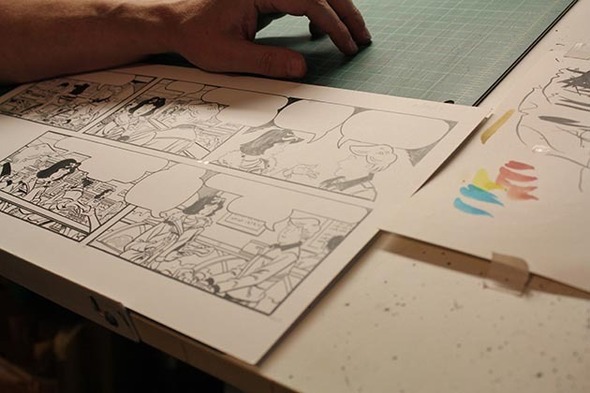 A “Sally Forth” strip in progress on Keefe’s drafting table. Photo by Dylan Thomas

We are especially pleased to bring this story to you. A former colleague with responsibilities as comics colorist in our King Features New York offices, Jim Keefe has taken on a number of cartooning assignments in the intervening years since he moved back to Minnesota. Currently the artist for SALLY FORTH, he got himself written up in his local newspaper because he did what creative talents always do — create from what they KNOW.  Jim was profiled in the Southwest Journal because he frequently includes scenes from his Minneapolis-area hometown as backdrops for the strip. Clearly, those who know the lay of the Minnesotan land have taken notice. It’s a nice salute to Jim and a really cool story. To check it out, click here. 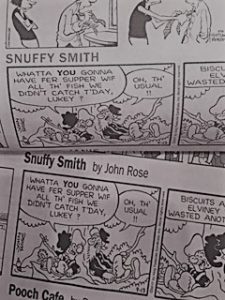 John Rose: “It is always fun to see Snuffy on the newspaper comics pages when I am traveling!”

As we mentioned a few weeks ago, BARNEY GOOGLE AND SNUFFY SMITH cartoonist John Rose was honored to be asked to attend the annual Walt Disney Hometown ToonFest in Marceline, Mo., as Guest Cartoonist. While he was traveling, he picked up some local newspapers and subsequently in his blog, he thanked the Register-Herald in Beckley, W.Va., and the Courier-Press in Evansville, Ind., for being Snuffy client newspapers and carrying his strip. We’re sure it’s always cool, as a cartoonist, to be able to see your work printed in the comics section as the readers see it.

And speaking of traveling, this week, Snuffy’s Maw, Meddlin Smith, made her way all the way to Hootin’ Holler from across the mountain somewhere to visit her clan. If you haven’t been following the hilariouis series, check out John’s blog post — and read the strips from Oct. 9 through 14 right here on ComicsKingdom.com. 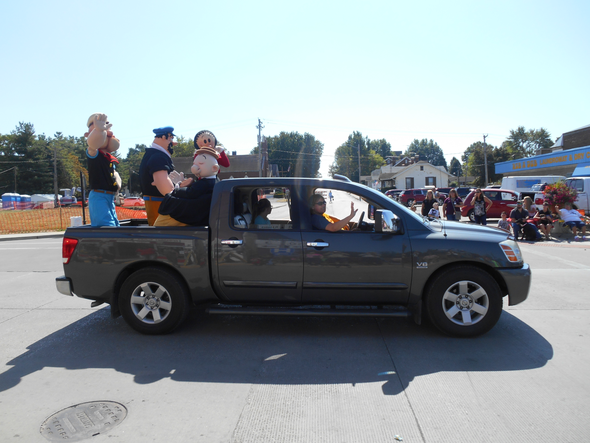 There’s more travel-themed news from Chester, Ill., birthplace of Popeye’s creator, Elzie Crisler Segar: The Annual Popeye Picnic that takes place over the first weekend following Labor Day, has made it into the Top 40 picks as a Best Weekend Trip St. Louis destination! Kudos to our friends in Chester!!! Check out some fun photos and then click on the article link and scroll down to read the Chester story in the Riverfront Times! 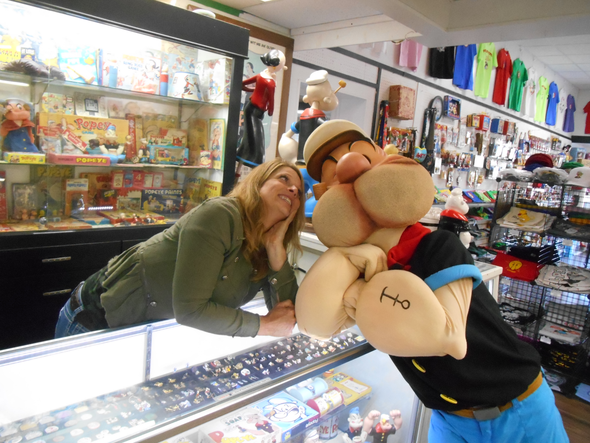 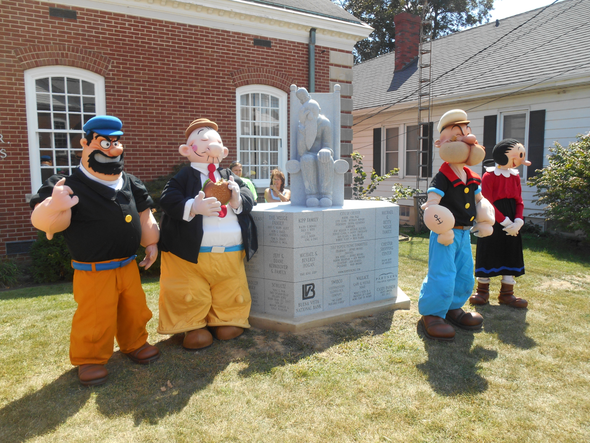 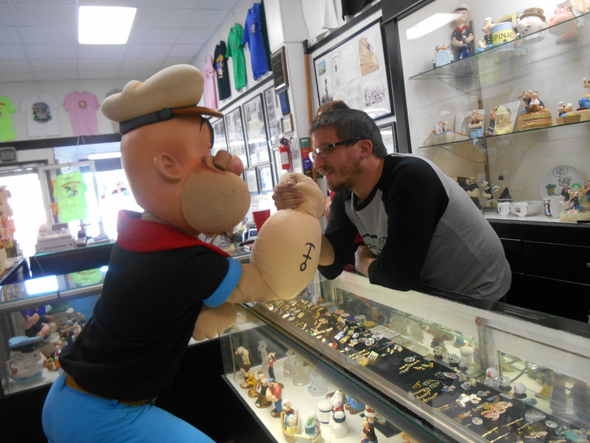 Popeye: Strong to the Finach! 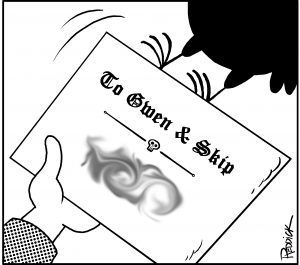 Halloween is gonna be really special in INTELLIGENT LIFE this year!

INTELLIGENT LIFE cartoonist David Reddick keeps on having fun with his sketchbook, including this piece of Gwen as warrior princess for his special Halloween storyline. See what else he’s up to in his blog — and check out his comics for his much-anticipated Halloween series! 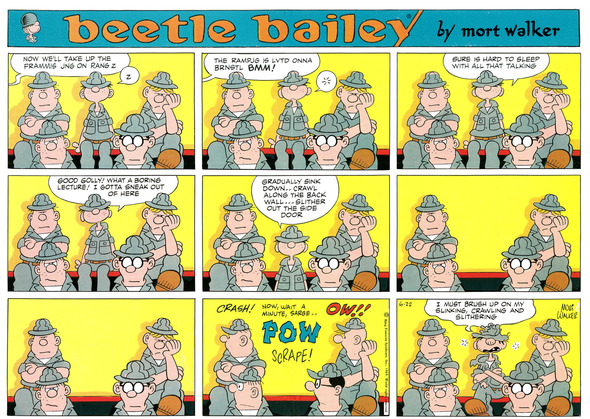 In Part 2 of his 1969 Timeline series for BEETLE BAILEY, Brian Walker writes about the fact that one of the questions cartoonists are most frequently asked is, “Where do you get your ideas.” In his 1975 autobiography, Backstage at the Strips, Mort Walker attempted to respond to his readers’ curiosity about the creative process. “A lot of gags are just visual tricks,” he explained. The Sunday page here is an example of one of these tricks, known as a “wallpaper gag.” The visual repetition helps set up the joke. The action happens “off stage.” Learn more tricks of the trade that explain why Brian chose this particular Sunday page for this week’s blog. Check it out! 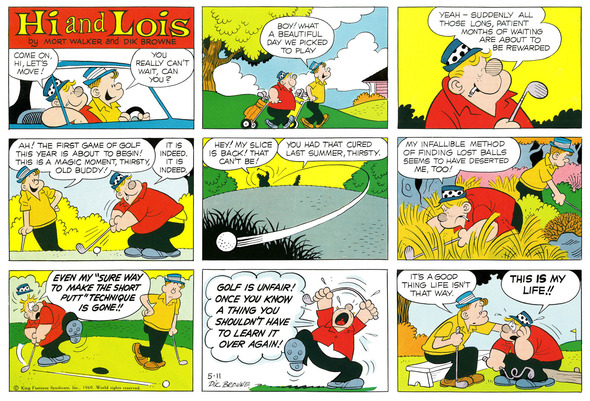 In Part 2 of his HI AND LOIS Timeline series for 1969, Brian shares with fans that it’s opening day of the golf season for Hi and Thirsty  in this classic episode from the archives. Golf is not only one of their favorite pastimes, the strip’s original creators Mort Walker and Dik Browne were also dedicated duffers. You just have to see what else is up in Brian’s blog. 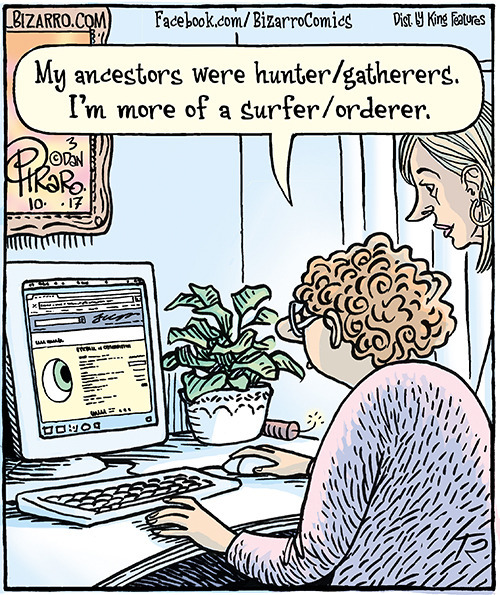 The American consumer according to Bizarro

And finally, in his BIZARRO blog this week, Dan Piraro does his usual amazing job of ranging his thoughts all over the place, from his childhood desirefor a talking parrot to American consumers vs. those in Mexico, from other things he’s thought about since he was a kid that helped him produce funny cartoons to the classic God/dog puns that make him think deeper about what we really believe about iife… Well, the King can’t do enough justice to it — you’ll just have to go check out Dan’s always hilarious and thought-provoking blog for yourself!