Ask A Cartoonist: Back to School!

I never felt cartooning to be much of a choice; it’s always been a compulsion. I was always the kid sitting in the back of the class, drawing pictures of the teacher – and of anything else running through my day-dreaming mind at the time.

It was, I felt, a furtive business, illegitimate, hidden, certainly not something a supposedly good student should do – all of which served to push me further into my own head. Until my fifth-grade teacher pulled me out.

“Mr. Siers, you enjoy making comics so much, make some for me.” I gaped up at Mr. Mellinger who had appeared suddenly beside my desk, unsure I had heard him correctly. “That’s right. I’m giving you a special assignment. Draw me some comic books.”

Over the next week, thrilled, I cranked out my best Jack Kirby imitation on stapled tablet paper pages. My fantasy hero was a sort of cross between Superman and Thor, but with a magic sword instead of a hammer. It was titled, imaginatively, “Sword-Man.”

“Well, that’s different.” Mr. Mellinger evaluated my work in the best non-committal Minnesota manner. “But it’s not really my thing. I’d be much more interested in a comic about you, about your friends, about your life.”

What he was asking for was what cartoonists today would call “diary comics.” To draw such a comic you have to observe, reflect, analyze. What you have to do is pay attention.

Dennis’ school life has always been a wellspring of humor through the years. He’s always at the head of the class…in one way or another. lol! 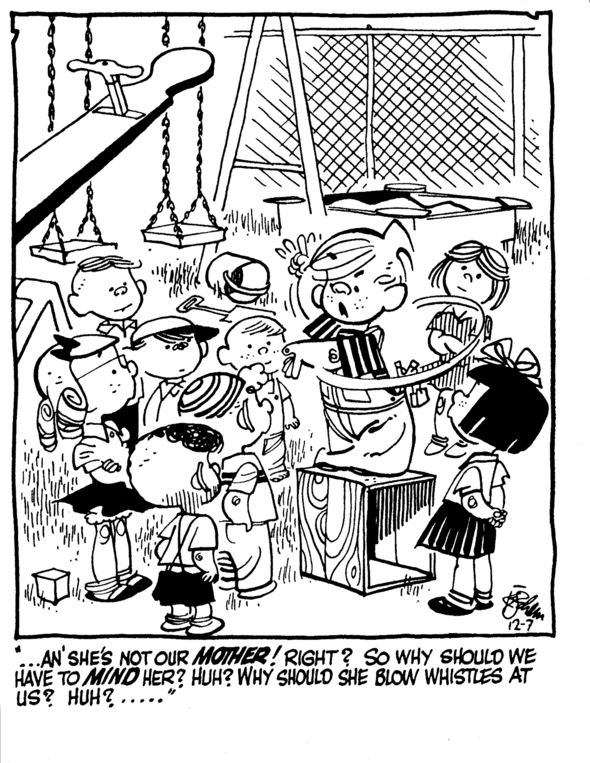 Being the oldest of three brothers, when the first day of school rolled around, this was pretty much the story in my house when we were little! Ha, ha!

One day, my teacher pulled his chair in front of me, folded his arms and said, “Well, I guess you’d like to write the great American novel.” I replied, “No. I want to write the Great American Comic Strip.” He growled, “COMIC STRIP?!” and stomped away. Years later someone asked that teacher if he remembered Mort Walker. He said “Yes. You couldn’t teach him anything. He already knew everything.” That was why several teachers put me in the closet so I wouldn’t disrupt their teaching. 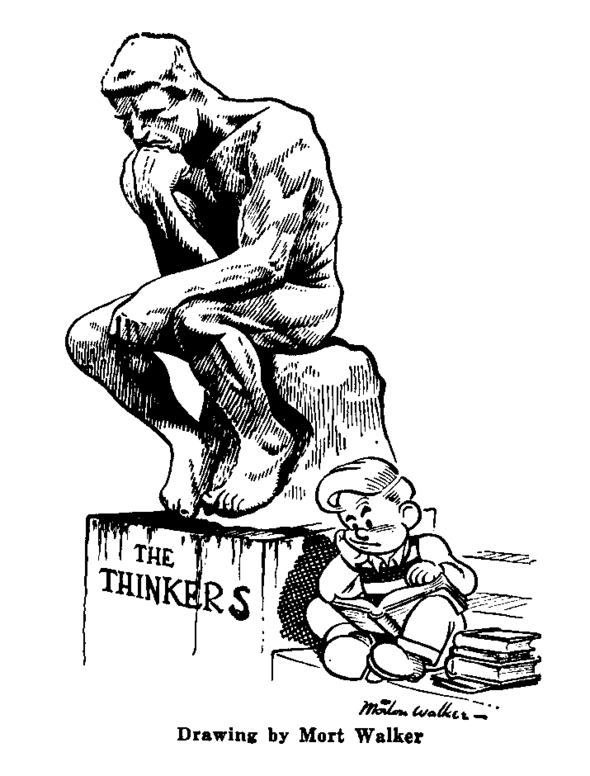 While the cast of “Safe Havens” was in high school they were members of what was called “The Other Clique.” This was because they didn’t fit into any existing clique of students, for different reasons. This was essentially how my group of friends formed at that age. We were a disparate bunch that just had no where else to go.

From about 6th grade on I really taught myself how to draw during class. Not being a good student or interested in most of what was being taught, and resenting having to be there, I would draw instead of doing class work. That was my little rebelion I guess. “Okay you’ve captured me, but I’m still going to do what I want with my time”. Playing outside was what I wanted to be doing. I was drawing long before 6th grade, but that’s when I recall doing it during class.

My early drawings were pretty much your basic bloodthirsty boy themes of war, based on favorite movies and TV shows. Davy Crockett and The Alamo, The American Revolution, heroic scenes of Zorro, Cowboys and Indians, Tarzan, Robin Hood, Army men versus giant monsters, etc. These drawings were not that good, just average child level art at first, but I guess they entertained me because I kept doing them, and by the time I graduated High School I’d actually taught myself how to draw. Also, two High School art teachers gave me very worthwhile guidence.

And how did I graduate from High School, or from year to year for that matter if I drew pictures instead of doing class work, (and I was just as bad with homework)? Turns out I could listen fairly well to the teacher’s lecture while drawing and I always showed up, so when the tests were given I had absorbed just enough to understand enough to pass. No good grades before High School, and only a few during High School, but I always passed. And as it turned out, I had learned something of valueafter all, how to draw.

I can still remember walking into kindergarten and my brand new teacher saying “I heard you liked to draw, could you draw me a horse?” and gave me a set of fat, flat crayons and I drew her a brown horse. It was the beginning of many years of being the one to help design the bulletin boards and murals in class.