News Around the Kingdom: A RESCUE DOG, A SUMMER CHRISTMAS AND A POPEYE SALUTE TO KIDS & THE COAST GUARD

It’s been an amazing week in the Kingdom. Although there has been mention in past strips about dog adoption, this first-time-ever weeklong series in MALLARD FILLMORE about the titutlar duck attemtping to adopt a shelter dog provoked an upset 12-year-old to contact her local newspaper about one of the strips she thought was offensive.

It would not be the first time (nor the last) that Bruce Tinsley’s comic strip about a right-wing duck reporter had stirred up controversy and lots of angry reader mail. But the subject has usually NOT been about shelter dogs and this reader letter struck a chord with the reporter/columnist to whom it was sent. He reached out to us and asked for an interview with Bruce. Click here to read the WONDERFUL story that came out of it. We hope all’s well that ends well all around!

And over in Hootin’ Holler, SNUFFY SMITH cartoonist John Rose is already thinking that it sounds a lot like Christmas — at least in his mind. Even though it’s still the Summer of 2017, he’s already plotting and planning a Yuletide celebration for his readers in Norway. 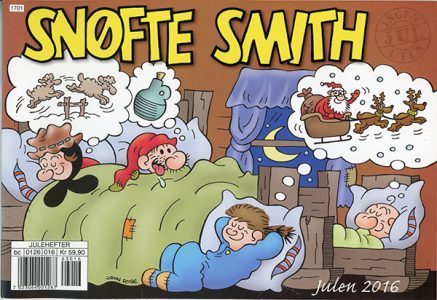 Check out the back story on this annual project here.

In the final 1966 episode in his ongoing Timeline series for BEETLE BAILEY, Brian Walker shines the light on John D. Cosmo — Camp Swampy’s resident capitalist and purveyor of all kinds of stuff at Cosmo’s Korner. In this Sunday page, when Cosmo finds out he’s losing money to the PX, he comes up with a brilliant scheme to make some dough. You’ll never believe how… Read all about it here. 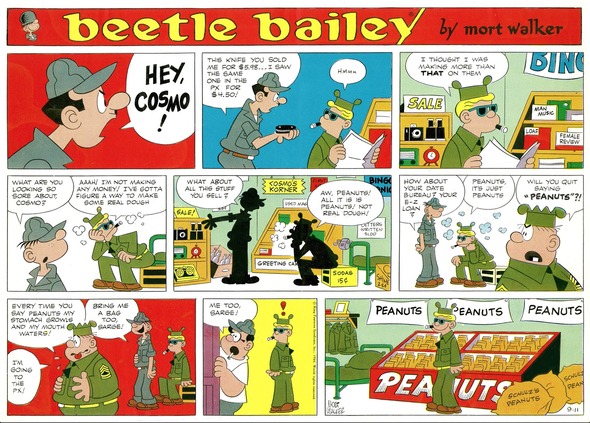 Meanwhile, over in Part 4 of his HI AND LOIS Timeline series for 1966, Brian profiles Chip — the only character in the strip who has aged over time. Check it out in this cool post. 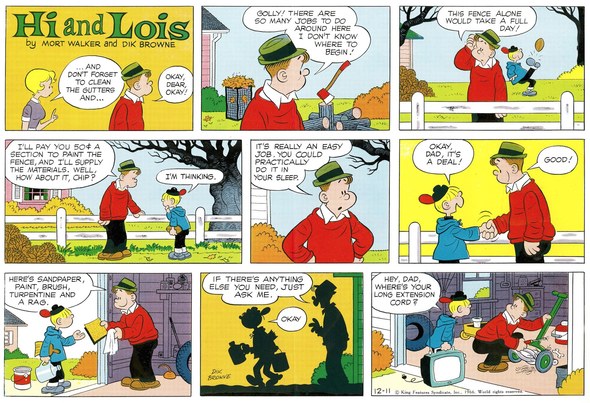 In his BIZARRO blog this week, Dan Piraro shares the back story on some of his favorite and very funny cartoons — and the comments readers make about them. Check out his always fascinating blog here. 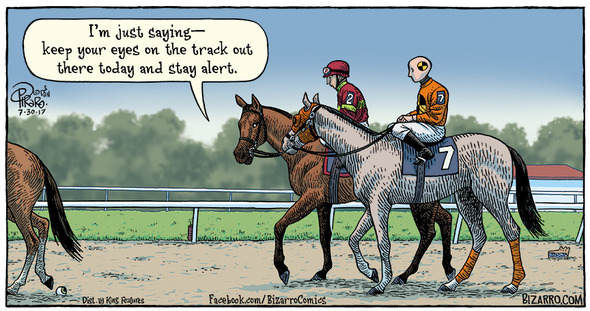 Another Bizarro Tale by Dan Piraro

After last week’s celebration of the Great State of New Jersey, the first of this week’s Popeye AniMinutes feted KIDS on Wednesday in honor of National Coloring Book Day! Yup, there really is such a day and we made the most of it by asking kids from Cardinal Hayes High School, Aquinas High School and A. Philip Randolph Campus High School in #NYC – (#The Bronx and #Harlem) to help color our Popeye drawing. The young people come to Hearst Tower for 5 weeks to participate in the Hearst Summer Mentoring Program. They are guided in fun and educational activities by volunteer members of the Hearst legal staff… And yes, all those hands coloring Popeye in the video are no sleight of hand. These kids are the real deal!

And finally, today, Friday, August 4, in honor of United States Coast Guard Day, our Popeye AniMinute salutes the men and women of the oldest continuous seagoing armed service of the United States whose motto is “Semper Paratus” or “Always Ready.” Check out the Popeye AniMinute on our Popeye and Friends Official channel on YouTube and learn more about this multi=mission service branch here: http://www.uscg.mil/