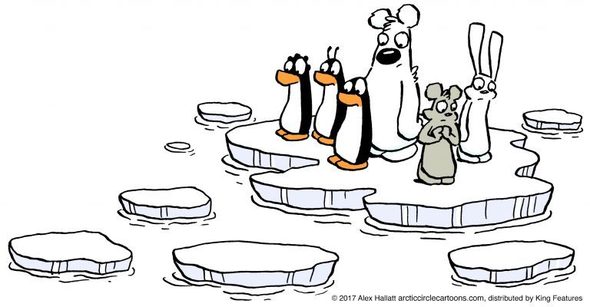 In case you missed it in Monday’s New York Times, a story by George Gene Gustines ran in the business section based on his interview with ARCTIC CIRCLE cartoonist Alex Hallatt.
Hallatt is passionate about preserving and protecting the environment for future generations. Her views often shine through in her comic strip’s commentary about issues like climate change. This week, she devised a very pointed and graphic way of depicting the threat facing the Polar ice caps: Between Monday and Friday, as the denizens of her ARCTIC CIRCLE world talk about global warming, her comic strip progressively shrinks…to nothing.
The special series is a lead-in to the documentary “An Inconvenient Sequel: Truth to Power,” in theaters on Friday. The film is a follow-up to the 2006 Oscar-winning documentary featuring Al Gore.

Click here to check out the New York Times story.

To see how the series unfolds, check Alex’s website at http://arcticcirclecartoons.com/ 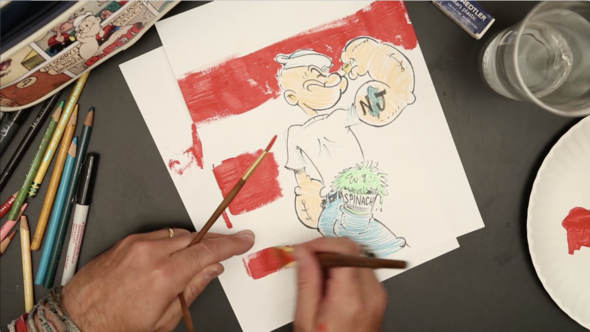 On July 27, King Features flagship character Popeye the Sailor Man was changin’ it up to become Popeye the Jersey Man.  Starring in the latest Popeye AniMinute  launched Thursday, which is themed to honor the first-ever National NEW JERSEY Day,

Popeye tips his hat to the third state to ratify the Constitution, sporting a Jersey tat as a Jersey tune from a major Jersey musician plays in the background. (Bruce Springsteen’s “Paradise by the ‘C'” is used by special permission). And for all those fans that have been wondering which animator is behind the Popeye AniMinutes, short online Popeye films that now reside on the YouTube channel Popeye and Friends Official, all has now been revealed! Read all about it here: 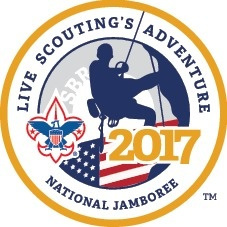 Last week, we shared with you the fact that a number of cartoonists participated in a very special way in the National Scout Jamboree. We thought you’d enjoy the cartoons created by:

Visit the Boy Scouts of America’s Jamboree website and check it all out! 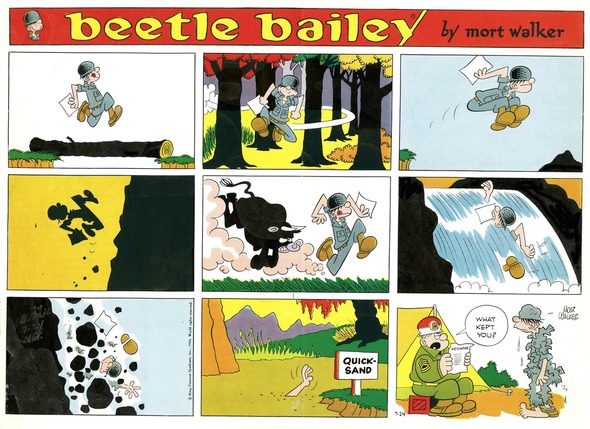 In the third 1966 episode in his ongoing Timeline series for BEETLE BAILEY, Brian Walker showcases the fact that the mail MUST go through — even at Camp Swampy. And even if Beetle is the delivery man. Will Sarge be satisfied? Toon in to find out. 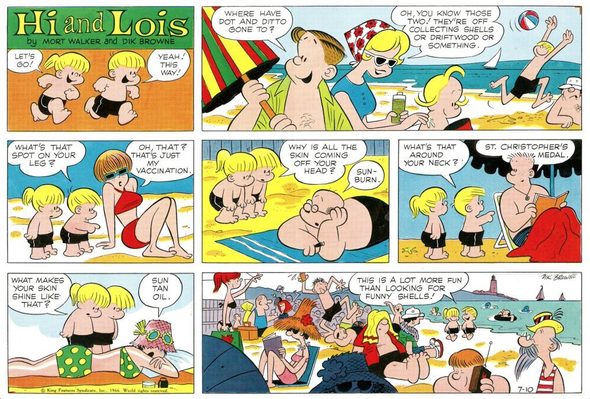 Meanwhile, over in Part 3 of his HI AND LOIS Timeline series for 1966, Brian showcases Dik Browne’s wonderful sense of color, composition and great character creation when the Flagstons go to the beach. 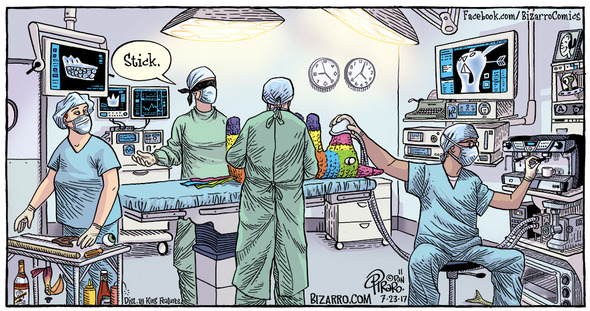 Finally, in his BIZARRO blog this week, Dan Piraro looks at the creation of some of his favorite and very funny cartoons. He gives you 11 — count ’em — 11 Secret Symbols to find  in the cartoon pictured above. And if you read the words between the lines of all the cartoons he posts, we, guarantee you’ll enjoy Dan’s side-splitting commentary, too!