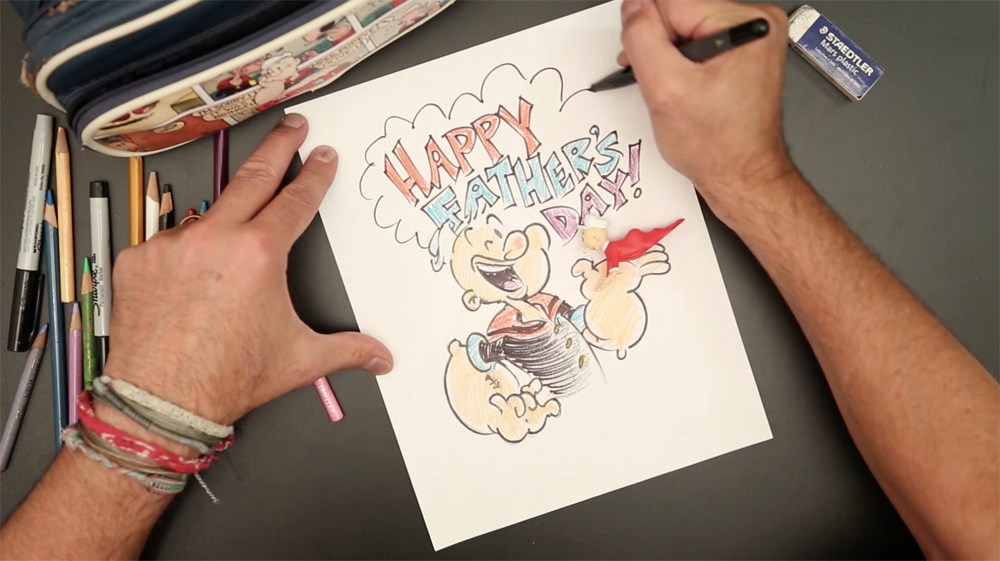 This week, we thought you’d get a big kick out of a brand-new feature on our Popeye Facebook page: Popeye AniMinutes. The first minute-long “quick draw” in which Popeye wishes everyone a Happy Father’s Day was launched this past Sunday. Scroll down and check out the World’s Most Famous Sailor Man as he salutes dads around the world! We’ve posted two more during the week — one featuring Olive Oyl for National Kissing Day on Monday and, of course, one featuring Popeye’s favorite green — spinach — on Wednesday. We’ll keep ’em coming and we hope you LIKE them! Let us know what you think! 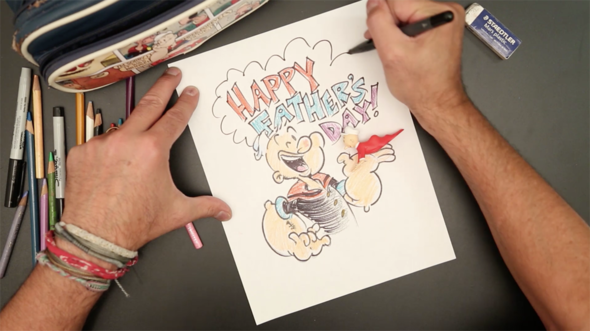 It’s clear to see from the wonderful photos he posted that SNUFFY SMITH cartoonist John Rose had a high ole time at the HeroesCon 2017 in North Carolina. In addition to signing books, doing quick drawings and greeting the fans, John also got to meet old friends and make new ones. He met up with fellow King Features cartoonist Marcus Hamilton, who draws the daily DENNIS THE MENACE comic strip. Cool stuff! 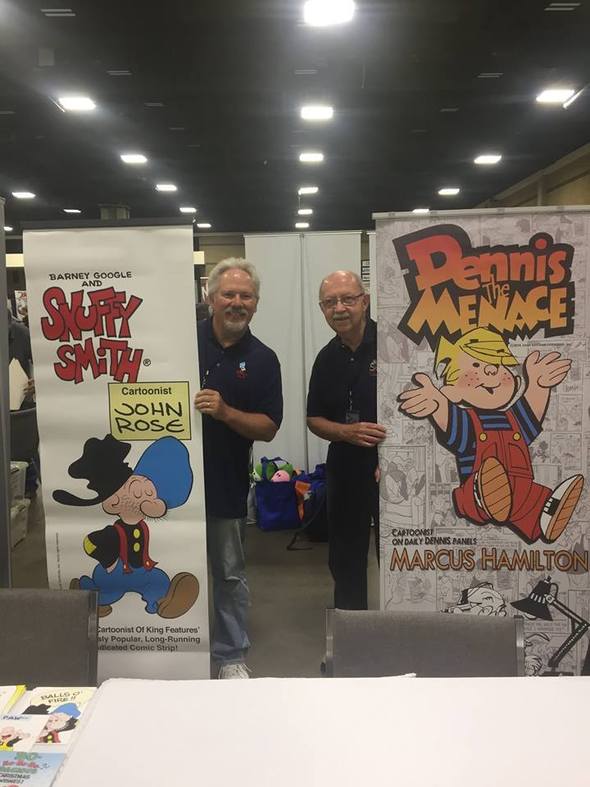 Last week, SALLY FORTH cartoonist Jim Keefe shared a wonderful drop panel that teases a special series coming to the comic this summer. Technically, it started with a hint in a strip last month, but it began in earnest on Monday. Be sure to check it out! http://sallyforth.com/ 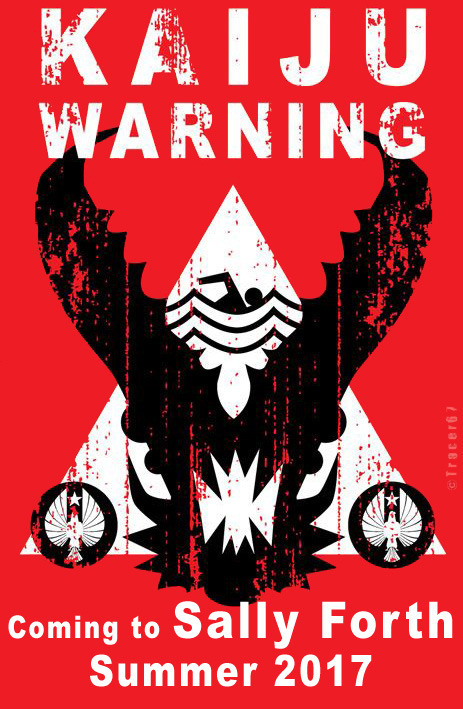 Kaiju coming in Sally Forth

In his ongoing Timeline series from 1965, Brian Walker looks back at a Sunday page featuring Lt. Sonny Fuzz in Part 2. The contrast between the young, inexperienced lieutenant and the gruff, ruff-‘n’tumble seasoned sergeant, Orville P. Snorkel, provides great fodder for giggles. Check it out here. 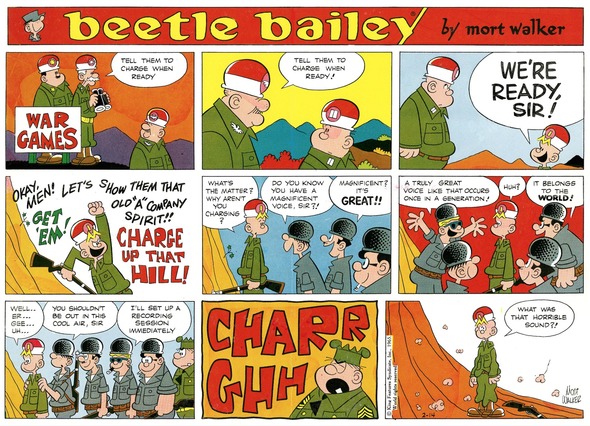 Meanwhile, over in Part 2 of his HI AND LOIS Timeline series for 1965, Brian shows a storyline in which Dik Browne invented a set of secondary characters — little friends for Dot. The episode reveals how adults and children live in different worlds. Check it out here. 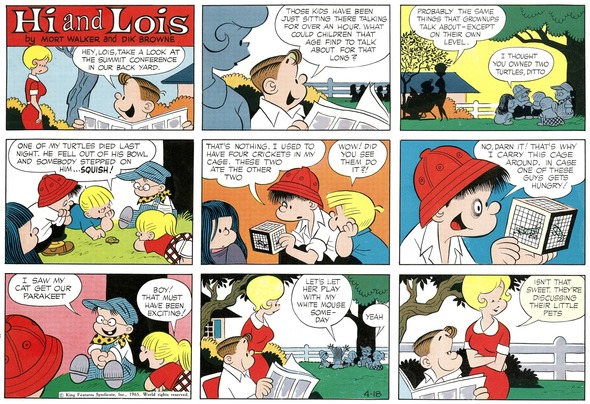 And finally, in his BIZARRO blog, Dan Piraro shares his lifelong love of cowboys and some really cool photos of himself and his Olive Oyl on horseback at a friend’s ranch. As usual, the running commentary in the captions is hilarious. Cowboys (and cows) are also the subject of a couple of the cartoons in this week’s offering. Enjoy the comics and the inevitable laugh-out-loud reading experience. Check out the blog! 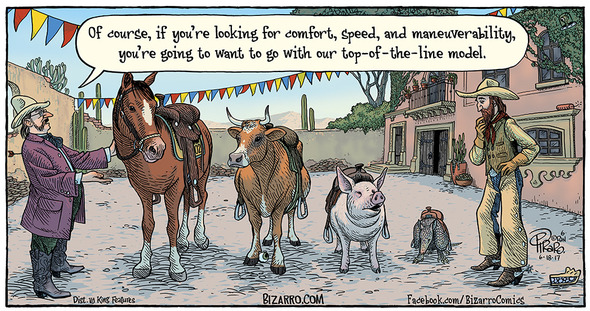 Thanks for catching up on this week’s News Around the Kingdom.
Have a great week and see you again next Friday!