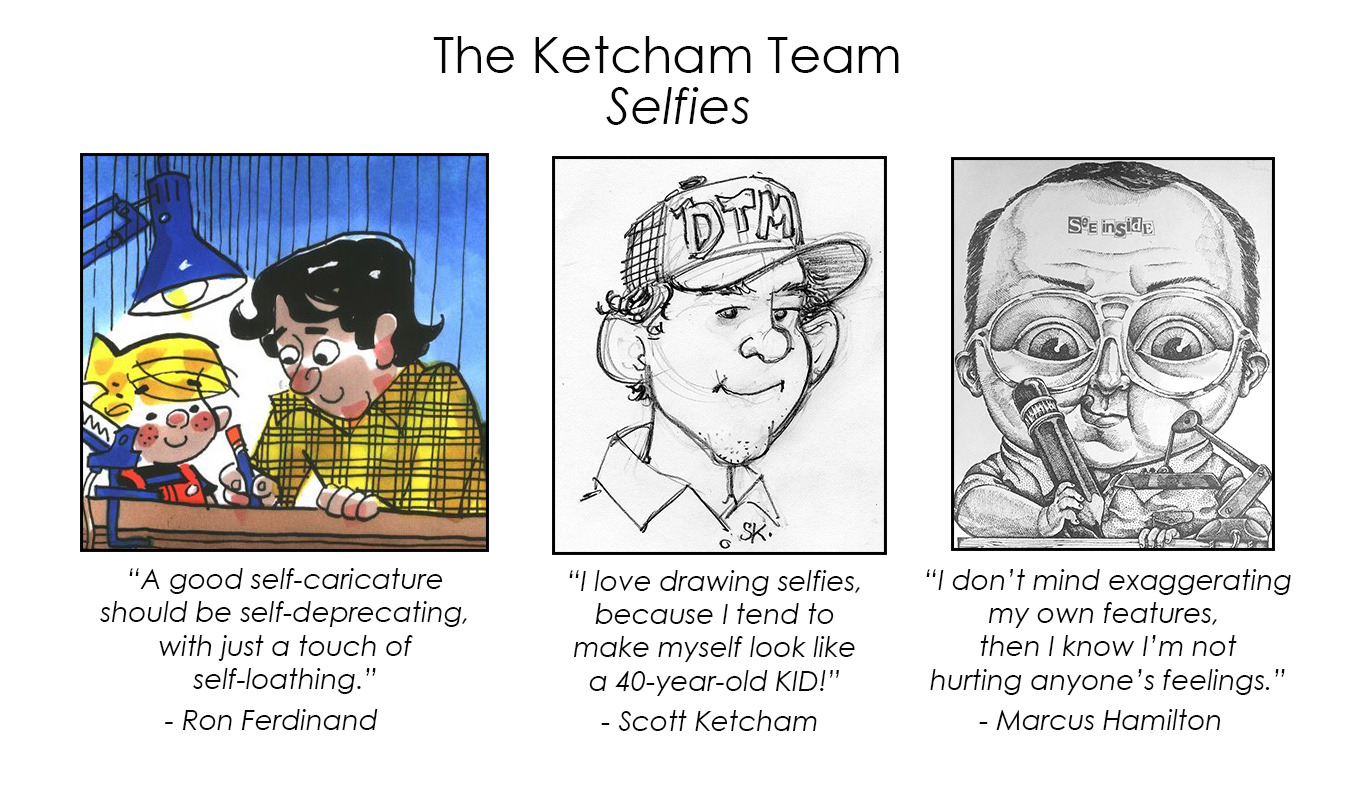 In honor of this very exciting and relatively new holiday, I asked all of our cartoonists to send in their favorite selfies, selfie comics, and selfie stories!

Dethany says, it always helps to be creative in marketing yourself!

I resolved to not be in any selfies this year. So far, I think I’ve avoided them, though I may have unintentionally selfie-bombed someone…

I draw myself in my webcomic a lot (I’ve also culled myself a few times). 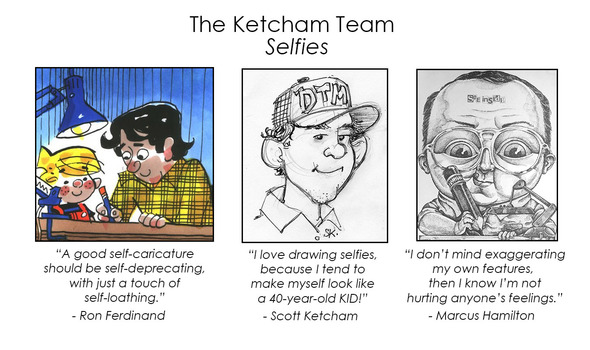 When it comes to selfies (a cringe-making word, along with the phrase “back in the day”)—or anything smart phone-related, I’m with Hephzibah in the last panel. It’s a dirty job being a crank, but I’ve made a career out of doing it.

I’ve always listed my freelance career as officially starting in 1996 with my first big gig, Flash Gordon. So when I started getting congrats last year on “20 years at Keefe Studios” from LinkedIn, two things sprung to mind.

1. Wow, it’s been twenty years already.
2. How do I turn that feature on LinkedIn off?

So for National Selfie Day, here’s some of the pics I posted of the madcap office party I had in celebration of 20 years here at Keefe Studios. Enjoy!

Since there are no cell phones in Hootin’ Holler I had to get creative with answering this question! 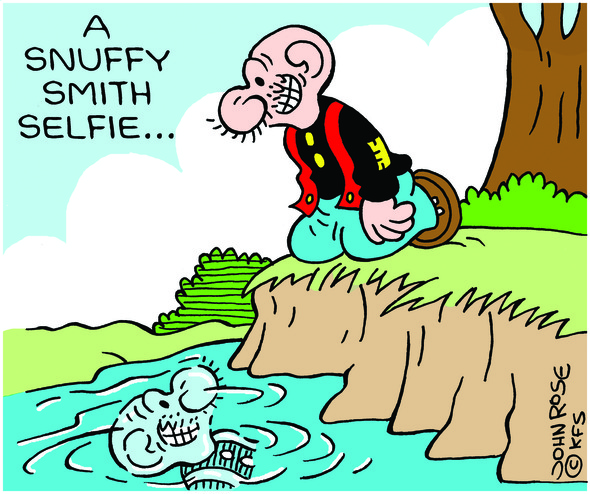 Traveling around Italy a few years ago, we quickly found it impossible to make your way to any of the city’s great sights without being swarmed by hoards of selfie-stick touts.

Selfie-sticks, those telescoping potential eye-injurers, were new at the time, and it was really annoying being constantly pestered from one end of Rome to the other. Almost every photo I took has selfie-stick hawkers in it. Step out of a taxi, “Selfie, sir?” “No, grazie.” Walk up to some magnificent Medieval church, “Selfie, sir?” “NO, grazie!” Taking photos of a Bernini fountain, “Selfie, sir?” “NO, GRAZIE!!”

The Colosseum was a selfie-stick-hustler hive. Hundreds of them. Walking to within selfie range, a tout approached me with the well-worn, “Selfie, sir?” With a wave of my hand I replied, “No Grazie.” I took two more steps when another scammer, who couldn’t help but see that I had just refuse the other guy literally 3 feet away, says, “Selfie, sir?” I pointed back at the first guy and snapped, “Dude, seriously?” 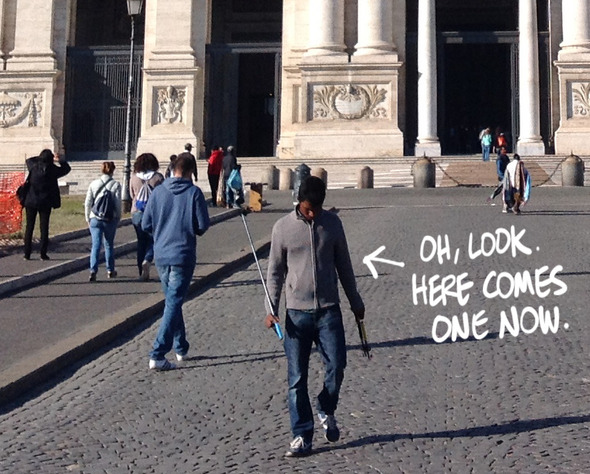 You don’t know the powahhhh of dark side selfies.