This week, we are pleased to share the publication of an interview with ARCTIC CIRCLE cartoonist Alex Hallett. It appeared yesterday, Thursday, June 8, which was World Oceans Day, in Michael Cavna’s online column, “Comic Riffs,” in The Washington Post.

Alex is passionate about the environment and marine life, so her commentary in the article and samples of her work that accompanied it were a perfect salute to conservation of marine life. What a great way to celebrate almost a decade of drawing her strip.

A reminder for fans anywhere near Glasgow, Va.: SNUFFY SMITH cartoonist John Rose will be giving a Snuffy Chalk Talk at the Glasgow Public Library there on Monday, June 12 at 6:00 P.M. 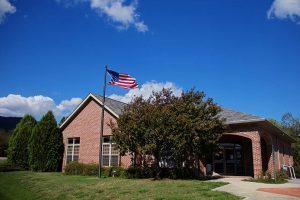 In his ongoing Timeline series, Brian Walker looks back at a Beetle Bailey Sunday page from 1964. It is the only time the Viet Nam is actually mentioned in the strip during the entire 10 years of U.S. involvement in the war. Find out why that was in his blog post. 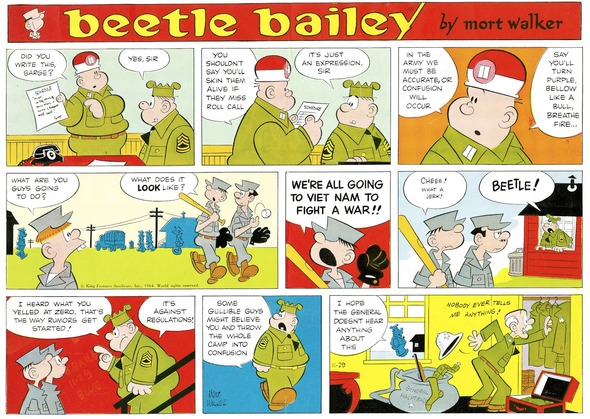 Meanwhile, over in Hi and Lois this week, Brian looks back to the 1964 New York World’s Fair whose pavilions, restaurants and attractions captivated the more than 51 million visitors who came to experience it all. As art mirrors life, that included the Flagston Family. But check out the Fair from Trixie’s perspective! 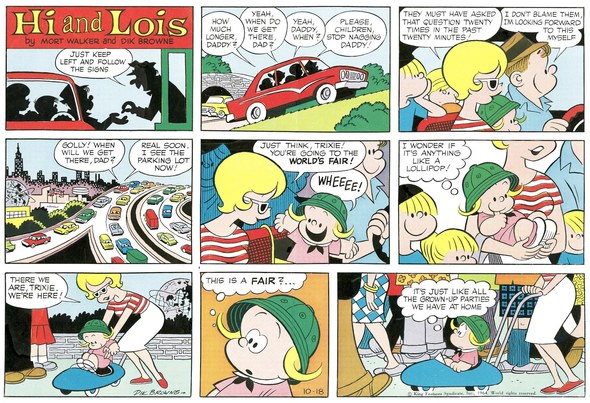 Last week, INTELLIGENT LIFE cartoonist David Reddick allowed us to peek into his Sketchbook for a first look at an upcoming strip. This week, the strip was published. Check it out! 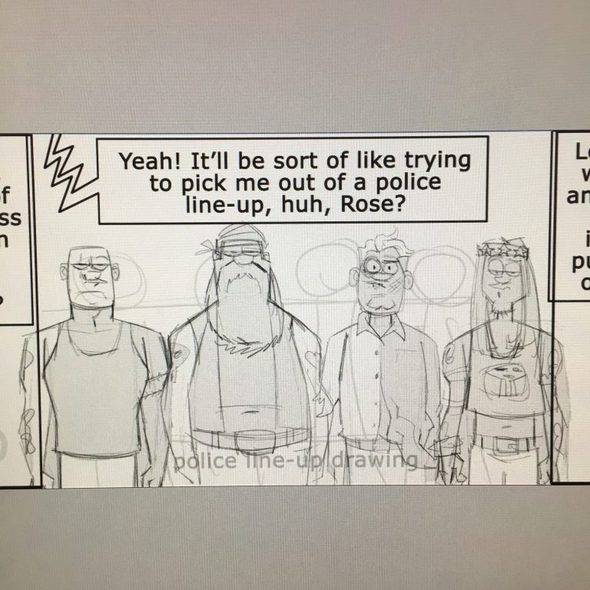 And finally, in his always-hilariousBIZARRO blog, Dan Piraro provides a primer for the uninitiate about the “secret symbols” in his comics, shares some personal background,
including a story about one of his tattoos, and relates all this to his penchant for putting Mr. Potato Head into his cartoons. 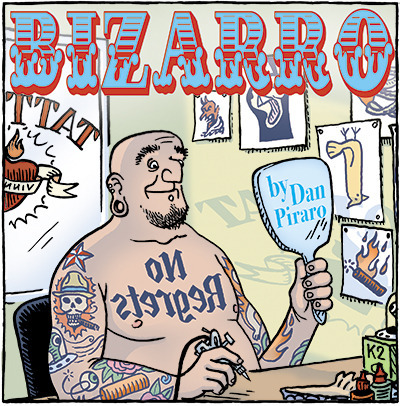 Oh. And the Trojan War and yoga are referenced, too. Huh? Well…
You just gotta check out the blog!