News Around the Kingdom: A CAR WRAP, A COMICS CROSSOVER AND A CHAPLAIN

This week, we thought you’d get a real kick out of a special project we worked on with one of the King Features newspaper clients. The Telegraph Herald in Dubuque, Ia., came to us with a very cool idea: they wanted to wrap one of their circulation department vehicles with the COMICS!

Blondie, Dennis the Menace and The Family Circus joined other comics from their lineup blazoned on the vehicle. This week, they completed the project. Check out the awesome photos we received of both sides of the car! 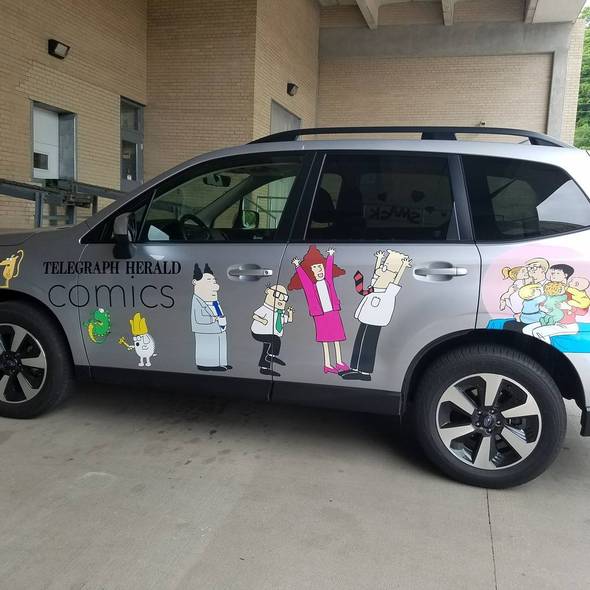 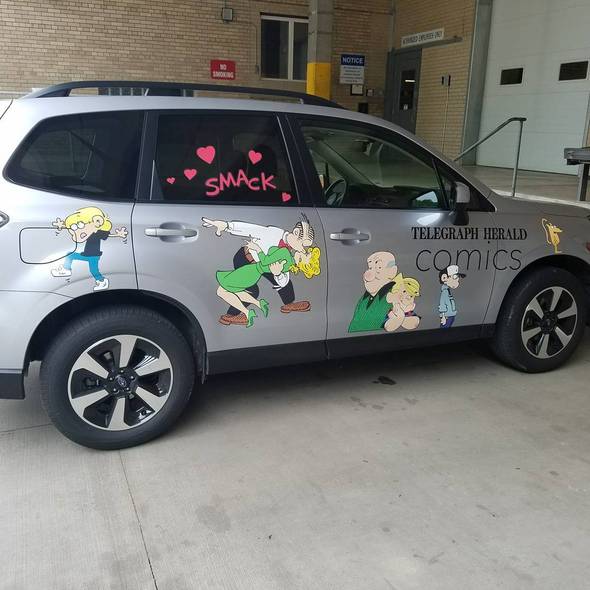 SNUFFY SMITH cartoonist John Rose tells us he’s jes’ lovin’ the crossovers he’s had fun with — Snuffy Smith visitin’ in other comics and him returning the favor. This you gotta see!

This bee-yoo-ti-ful December, 2016 Hi and Lois Sunday comic strip featued many cartoon character crossovers, including Jughaid Smith (and Snuffy’s leg) in the fifth panel! How many other crossover characters can you spot in this great strip by the talented creative team at the Hi and Lois comic strip

INTELLIGENT LIFE cartoonist David Reddick shows off his random stream-of-consciousness side with a peek into his Sketchbook. 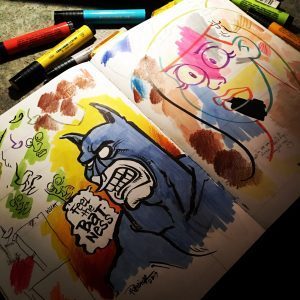 ARCTIC CIRCLE cartoonist Alex Hallatt shares her feelings about living in another country — and why. Check it out! 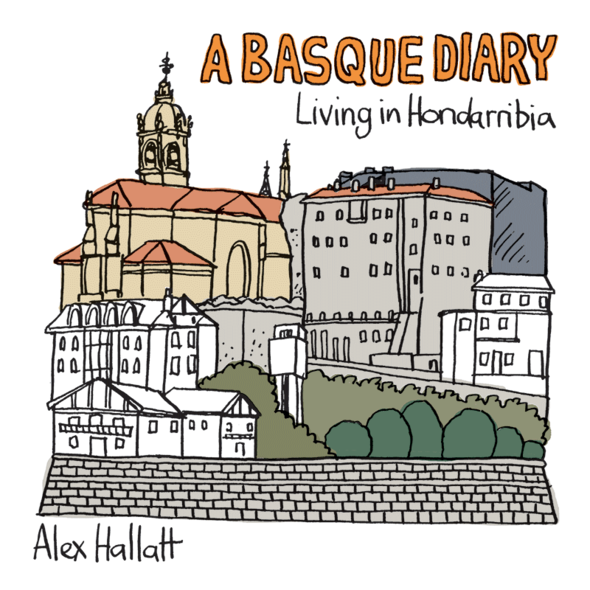 In Part 1 of his BEETLE BAILEY Timeline – 1964 series, Brian Walker focuses on one of the longtime characters in the strip: Chaplain Stainglass. Click here to read all about it! 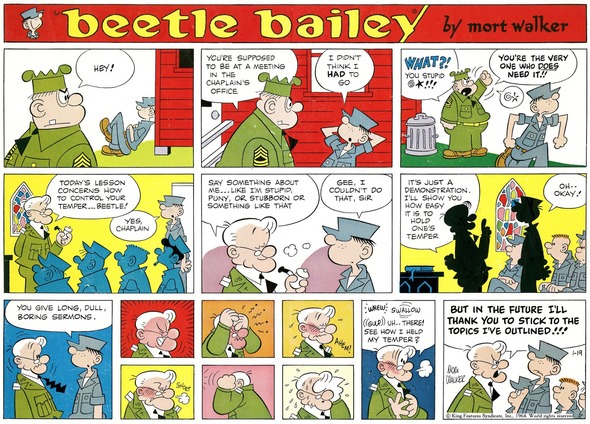 Over in SALLY FORTH, cartoonist Jim Keefe reveals there is a side story going on in the drop panels. Lot o’ cool stuff happening in May. Check it out! 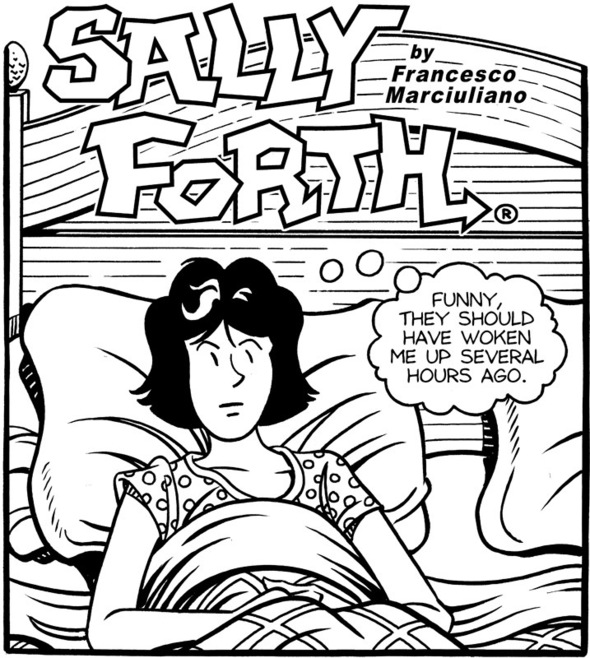 From MARY WORTH cartoonist Karen Moy comes this revelation: Derek Hoosier’s look is modeled after actor Benjamin Bratt. Check it out!

Mary Worth: A Revelation!

And finally, in his BIZARRO blog, Dan Piraro thanks his mom for everything on Mother’s Day and looks at a number of his hilarious cartoons — and how readers reacted to them. Check out the blog! 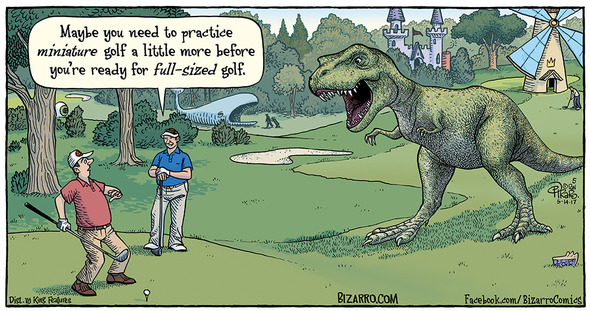