Ask A Cartoonist: On Location

Though it may seem like a rarity, sometimes cartoonists *do* get out from behind their desks to see the world– and when they do, the sights they see often become inspiration for new locations in their comics.  This week, I asked our cartoonists to share real-world locations that have found their way into their work.

Recently in Mark Trail, Mark and his wife Cherry went to Hawaii. While there, they stayed at the legendary hotel The Coco Palms on the island of Kauai. The Coco Palms is a dream vacation destination of mine. Rooms at the hotel were adorned with “tiki decor” featuring giant clamshell sinks, bathtubs made of lava rock and tiki masks on the walls! Each evening, guests were presented with the “call to feast” which included the beating of a large drum and a torch lighting ceremony before dinner was served! The hotel sadly, closed down in the 90’s due to hurricane damage. 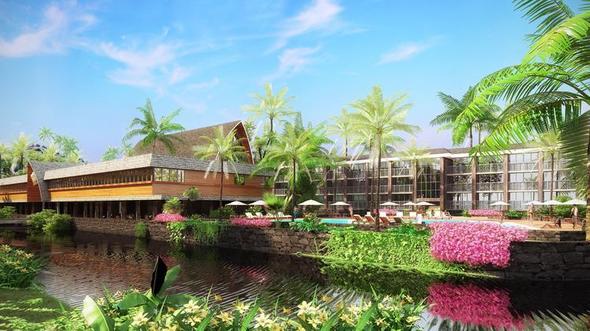 The actual hotel was eventually torn down and is now gone, however, the property has been purchased and the new owners are rebuilding the classic hotel with it’s original “tiki theme”. I put the Coco Palms in Mark Trail because it is my intent to actually visit the hotel once it is rebuilt (hopefully soon!) If you’d like a peak at the original hotel in all of it’s glory during its heyday be sure to catch the film Blue Hawaii starring Elvis Presley! The hotel is featured prominently during the last 30 minutes or so of the film and is the setting for the wedding ceremony at the end!

Ever since I took a class at Auburn in Renaissance Art I’ve had an interest in Florence, Italy. Teri and I even went there on our honeymoon. More recently I was able to work it into the storyline in Safe Havens when Dave Hamper played for the Florence professional basketball team.

Where to begin? Zippy’s been traversing America for years now, stopping off to converse with Muffler Men, Giant Ducks and any other roadside attraction that catches his eye, All the places Zippy visits are real—I figure his skewed way of seeing things works best when juxtaposed with the “real world”, thus all the diners and vernacular architecture that crops up in the strip. Readers send me likely candidates for Zippy visits all the time. When I use photos they submit for reference, I give the person a “tip o’ th’ pin” inside the strip.

I have thousands of paper and digital photos to choose from. Just a few of the hundreds of strips featuring real places—one from a diner near me in Dayville, CT that I couldn’t resist:

Hank surprised Ron and me back in 2000 with a call to let us know he was flying us, along with our wives, to Hawaii. He wanted us to take our sketch pads and cameras and capture the essence of the island…so that upon our return we could draw Dennis and his parents enjoying a vacation there. It was a “DREAM” assignment I will always treasure.

Here is one of the sketches that served as reference on the finished panel. 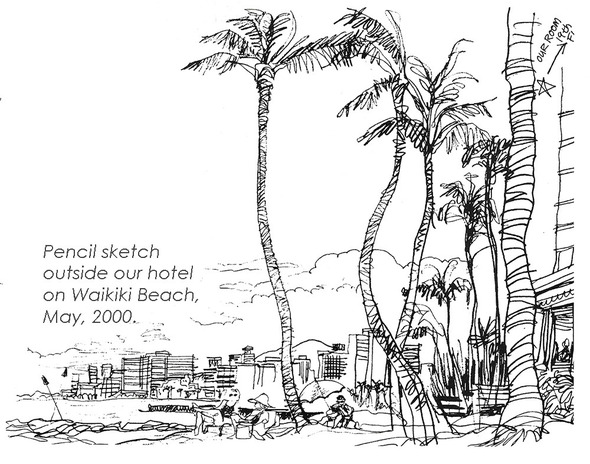 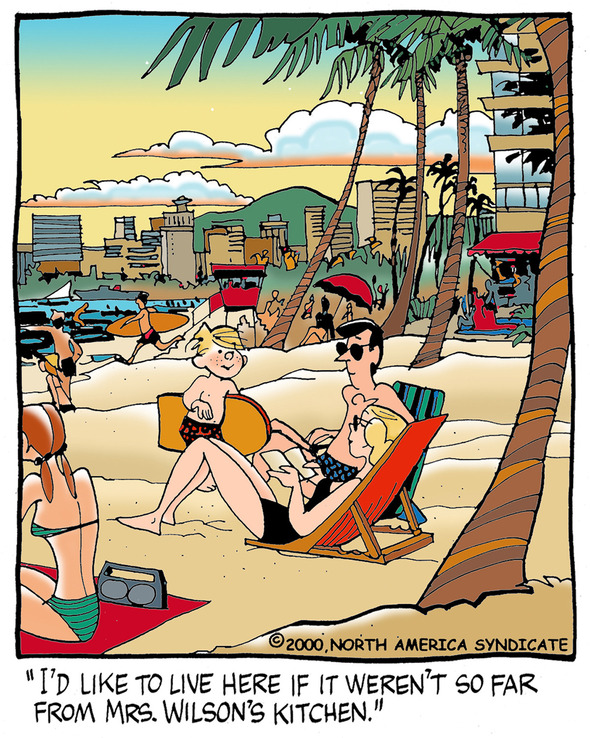 My family and I enjoy visiting amusement parks! Two of our favorites are Walt Disney World in Florida and Dollywood in Tennessee. I was able to work both of these theme parks into a Snuffy Smith Sunday comic strip I did last year. It was a lot of fun to create. It even caught the attention of the people at Dollywood and they contacted me and requested a signed color copy of the strip for Dolly Parton herself! I sent it to them and they sent me back a photo Dolly holding the strip!

When a scene in Sally Forth calls for a specific locale (grocery store, movie theater, etcetera) I’ll often use spots around my hometown of Minneapolis for reference. For Hil and Faye’s local comic book shop I picked Comic Book College. 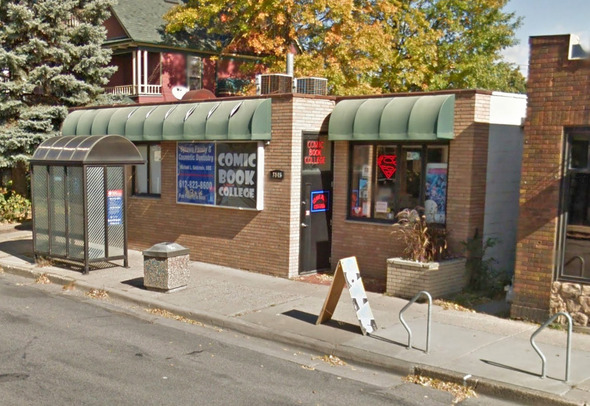 And here’s a Sunday Page from a few months back where I used it for reference.

?
I use this comic book shop as it holds some nostalgia for me. When I was growing up in Minneapolis in the 1970s the collector’s market for comics was just getting underway. The two places to get back issues were Shinders on 7th and Comic City. Shinders on 7th was torn down decades ago but Comic City survived, morphing over the years into Comic Book College.

I left Minneapolis in the 1980s to go to school out east and lived out in New York for twenty years before eventually moving back to the Twin Cities. Minneapolis changed a lot in the years I was away, so it was nice to be able to revisit places like Comic City/Comic Book College that I remember from my youth – and now make them a part of Sally Forth’s world as well.

My favorite place to create gag is the golf course. One of my cartoonist buddies is always saying something funny or something happens to make us laugh or just being away from work puts me in a good mood. You’ll see that I do a golf strip almost every week. Bye! I’m off to the course to get some work done.

We’ve traveled to Paris and Rome in ‘Dustin”… both series were a lot of fun to draw and write.

After he visited The City of Lights in 2014, Steve wrote a 2-week series allowing readers to follow along as the Kudlick family toured Paris. The series ran June15 to 27, 2015.

And I wrote a fortnight’s worth of gags as Dustin volunteered to chaperone Megan’s high school latin club around Rome. This series ran April 4 to 16, 2016. I was inspired after visiting The Eternal City the year before with my Mom and brother.

Hmmm… I traveled to London last year… maybe we’ll see one, two, or all of the Kudlicks there soon?