News Around the Kingdom: COMIC ART, COINCIDENTAL COMEDY AND A NEW eBOOK

This week, SNUFFY SMITH cartoonist John Rose is slated to do another Snuffy Smith Chalk Talk, this time in Monterey, Va., at the Highland County Public. The event takes place this Sunday, April 23, at 2 P.M. The library is located at 31 North Water Street in Monterey.  Please call (540) 468-2373 for more information or check out the poster below. John promises a bodacious afternoon. If you’re in the neighborhood, be sure to check it out! 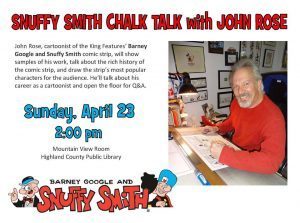 SIX CHIX cartoonist Isabella Bannerman will be part of the River Arts Studio Tour 2017 in Hastings on Hudson, N.Y., showing on Saturday and Sunday, April 22 and 23, from 11 AM – 5 PM. Learn more about it here and check it out if you’re in the area!

Terri Libenson, cartoonist for THE PAJAMA DIARIES, is interviewed on Tall Tale Radio by Tom Racine and Lucas Turnbloom. Check out what she has to say about it and get the link to listen here: http://pajamadiaries.com/

SALLY FORTH artist Jim Keefe gives fans an insight into how a page for the Sunday comics is rendered: first the pencils, then the inks… 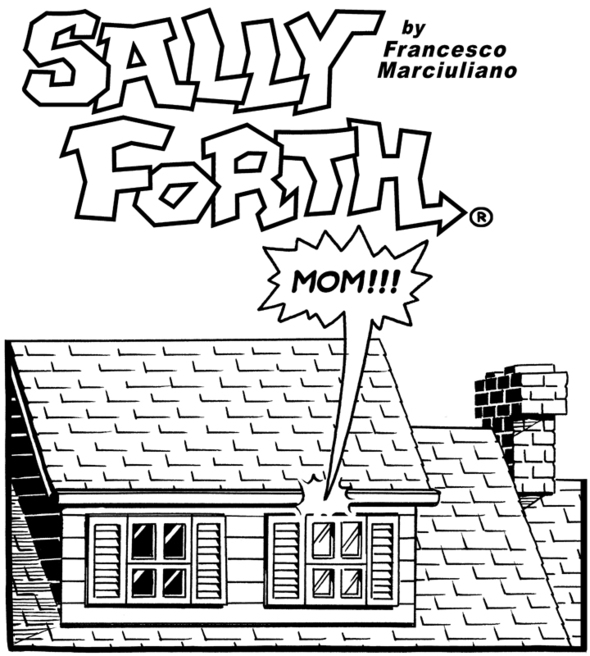 Jim Keefe and the art of a SALLY FORTH Sunday page

This week on MUTTS cartoonist Patrick McDonnell’s website, eight readers from the community share their favorite MUTTS comic strips – and some thoughts on why they love them. To check out the fans’ heartwarming messages, click here. 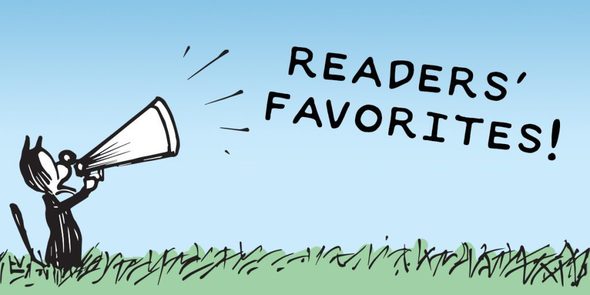 Brian Walker begins his look at BEETLE BAILEY comics from 1963 in his Timeline series. This week’s episode features a cussing contest between Sgt. Webbing and Sgt. Snorkel. It escalates to an extreme level of what Mort Walker has termed “maladicta.” Click here to check out this explosive Sunday page! 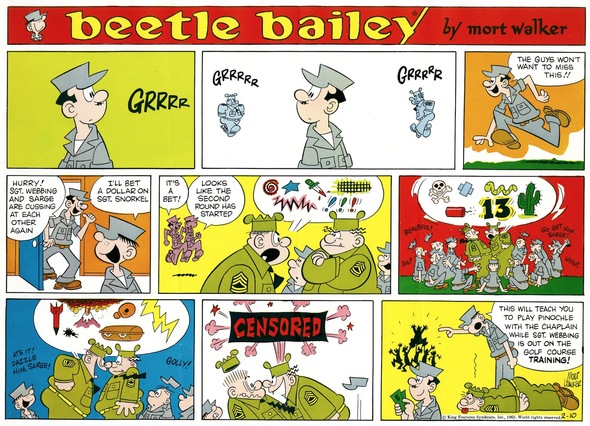 Moving over to the HI AND LOIS 1963 series, Brian focuses on a strip about Chip and how the budding teen’s cartoon creative expression causes some angst for Hi and Lois. Read all about it here! 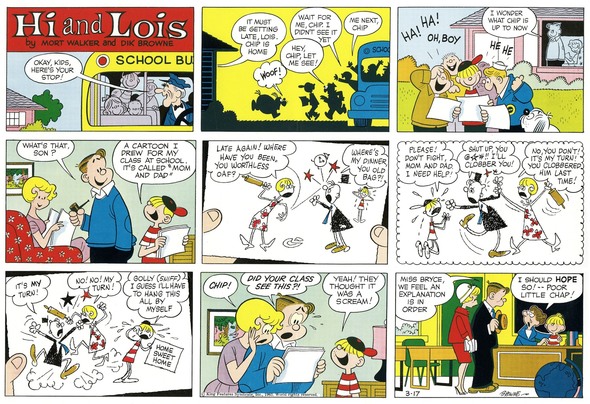 ARCTIC CIRCLE cartoonist Alex Hallatt has created a new eBook titled 50 Habits of Highly Effective Grey Tabby Cats. In her blog post this week, she shares what inspired her to create it and some thoughts on modern day marketing.

In this week’s BIZARRO blog, cartoonist Dan Piraro shares a personal example of how life imitates art in discussing “Coincidental Comedy.” Naturally, he offers a host of hilarious comics and observations on a variety of subjects. 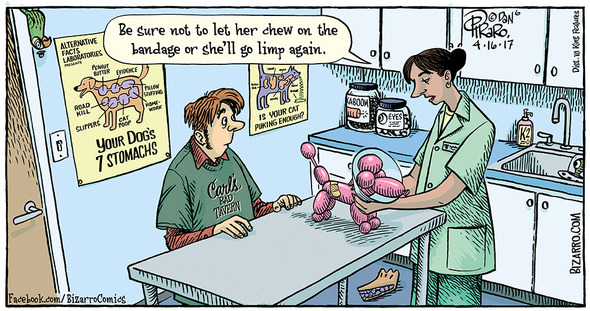