News Around the Kingdom: PSAs, NEW ARTISTS and QUIRKY QUARKS

It’s been a busy week in the Kingdom! First, we are proud to report that SNUFFY SMITH cartoonist John Rose has combined his love of cartooning with his love of Eastern Virginia, where he spent childhood vacations and which, unfortunately, was the site of recent devastating wildfires. The newspaper there, the Knoxville News Sentinel, had covered the story extensively and its editor, Jack McElroy, reached out to John, whom he had met years before.  Bless his heart, John jumped right in to see what he could do to help. And, in partnership with the newspaper, help he did. SIX different Snuffy drawings accompany the newspaper’s campaign of public service announcement ads alerting people how NOT to start a wildfire. Thanks to John, the campaign is dubbed “Snuff Out Wildfires Before They Begin.” See John’s post about it here. And, even more compelling, read what the editor had to say about it in his column of updates (the Snuffy campaign is the final posting). 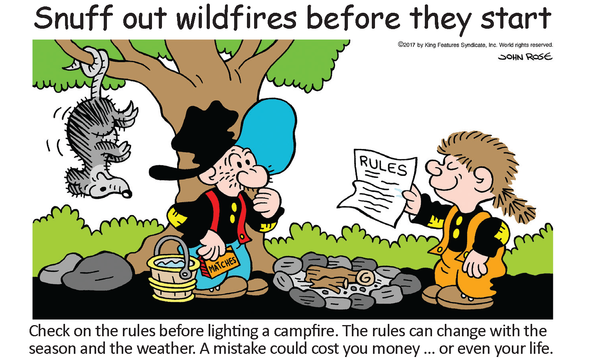 So how do we follow up THAT kind of news? By spotlighting Tom Batiuk’s blog, “The Secret Sauce – The More Things Change” this week. In it, he announced a change for his two features, CRANKSHAFT and FUNKY WINKERBEAN. Chuck Ayres is stepping down from his drawing and penciling duties to do other things, so Tom has announced that two of his favorite comic book artists have agreed to take up the mantle. The first drawing work by Dan Davis on CRANKSHAFT appears Sun., April 2, and Rick Burchett’s first penciling stint on FUNKY WINKERBEAN appears on Sun., May 25. Tom also reveals that Chuck Ayres is not completely gone —  he will reprise his role on FUNKY for selected story arcs in the future. To read more about the artistic ins and outs, click here. 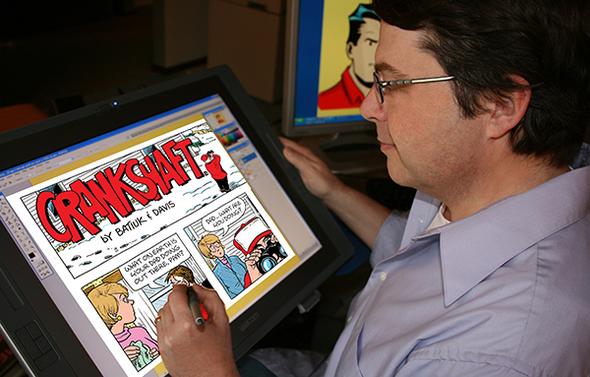 TINA’S GROOVE (and former SIX CHIX) cartoonist Rina Piccolo has a new website where she now regularly blogs: rinapiccolo.com. This week, she posts an invitation to her talk in Toronto about her current co-authored book, Fun With Physics:  A Cartoon Look at the Nature of Reality.  Here are the details:

In other news, SIX CHIX cartoonist Anne Gibbons has invited everyone to attend the exhibition of her paintings and cartoons at a local Irish pub this April. 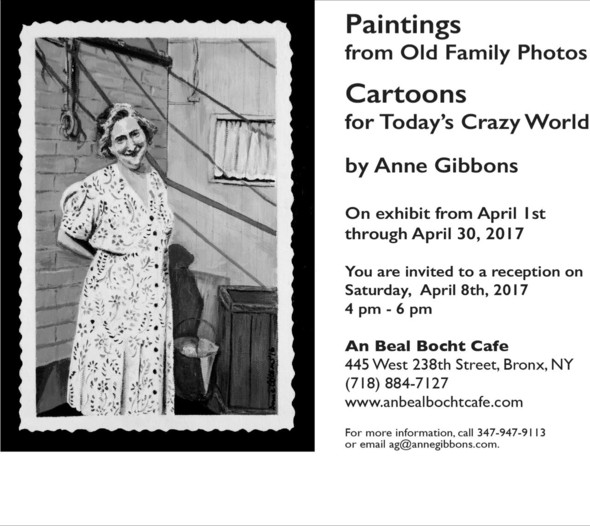 ARCTIC CIRCLE cartoonist Alex Hallatt is now offering “Illustrated Epistles.” If you like getting and reading letters, check it out and sign up here. 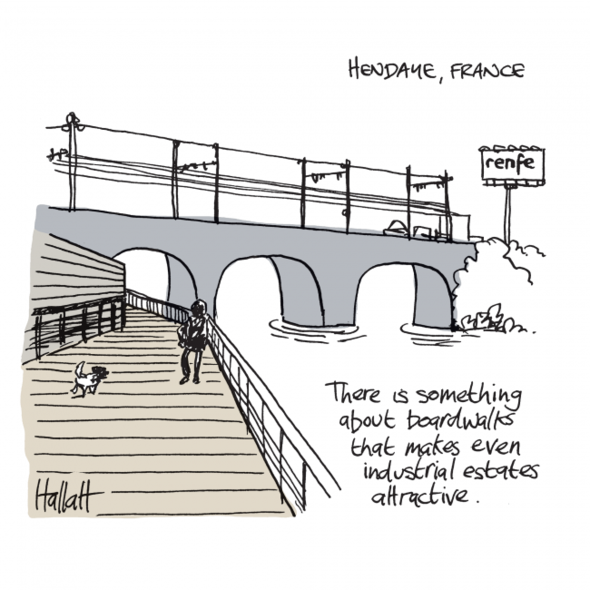 When Brian Walker looks back into the BEETLE BAILEY archives in his “Timeline – 1962” series. Part 2, he shares the fun as General Halftrack ponders the question, “What if women ran the Army?” 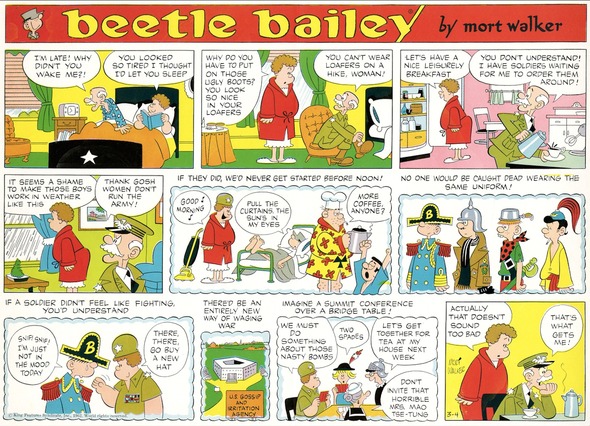 Meanwhile, in the HI AND LOIS episode from the same time period, Mort Walker and Dik Browne has some fun with sound effects. 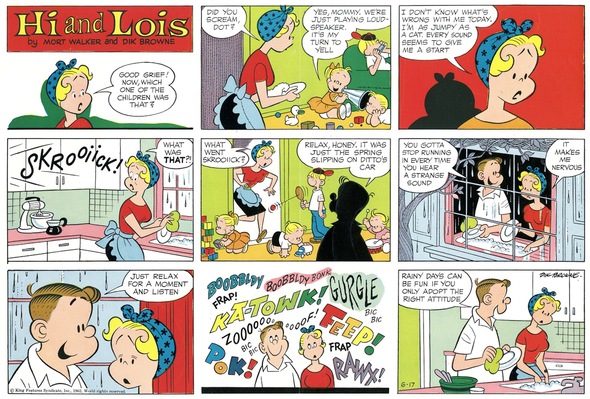 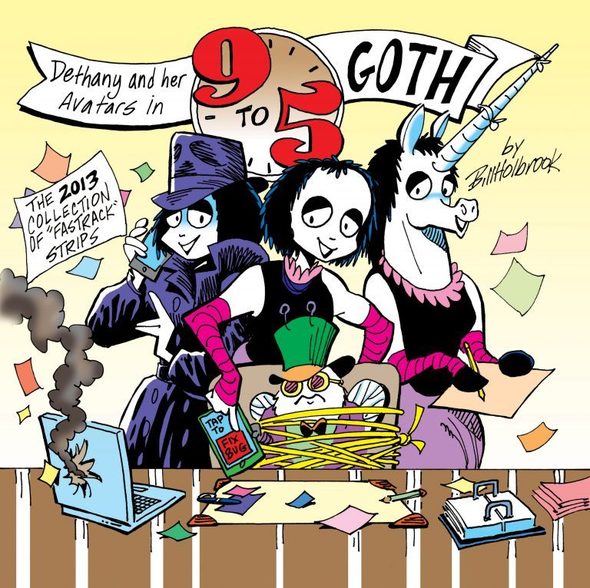 ON THE FASTRACK collection of 2013 strips

And, last but not least, BIZARRO cartoonist Dan Piraro expounds on the back story for some of his favorite cartoons in his “Food Nightmares” blog post. And of course, he throws in some political observations, too. Check it all out here. 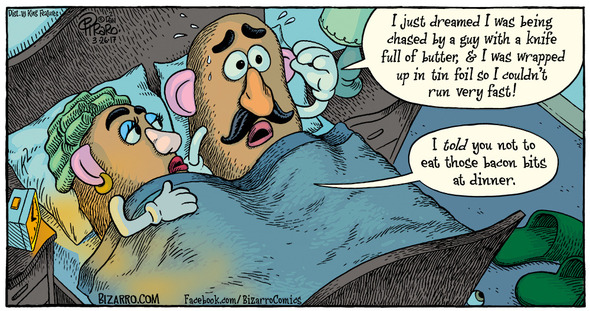