News Around the Kingdom: LOVE, LAUGHTER, AND A PURPLISH HAZE 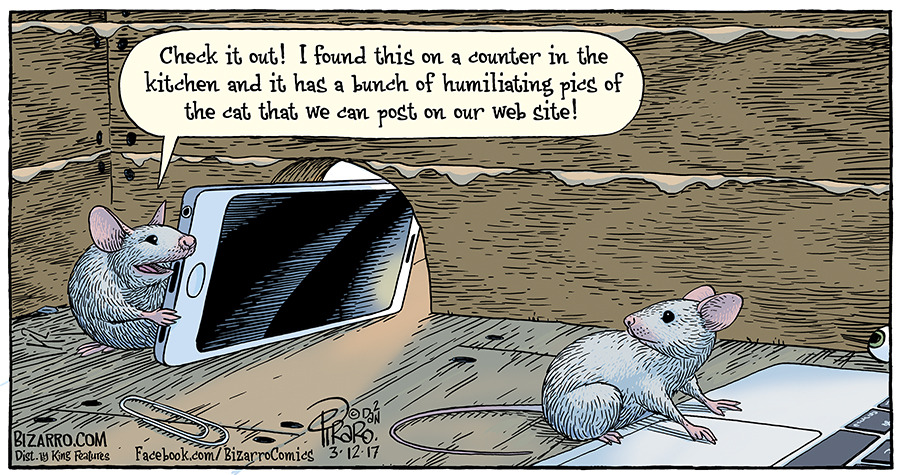 This week, MUTTS cartoonist Patrick McDonnell was on hand to help The Petco Foundation kick off its national fundraising campaign that aims to raise more than $3.1 million to support lifesaving animal welfare organizations across the nation. To launch the campaign, which runs through April 2, Petco and Unleashed by Petco stores across the country hosted “Love Changes Everything” adoption events on March 4 and March 5 that offered pet lovers the opportunity to meet McDonnell. To learn more about the campaign and MUTTS’ involvement, click here. 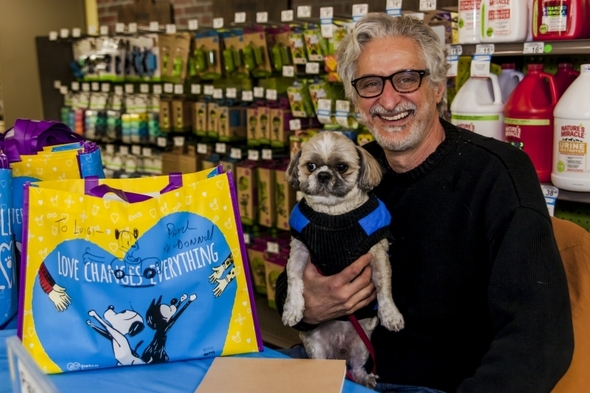 SNUFFY SMITH cartoonist John Rose gives us a roundup on “hearin’ the laughter” from the audience at his “Speakin’ Engagement.” Last week, he presented a Chalk Talk to the Harrisonburg (Va.) Rotary Club   Check out the details here: http://snuffysmithcomics.com 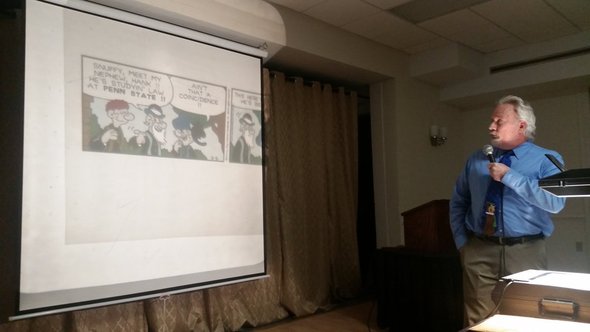 Discussing one of my favorite Snuffy Smith comic strips with the audience as it is projected on the screen.

In other news, Brian Walker looks back into the BEETLE BAILEY archives in his “Timeline – 1961” series. In Part 4, he takes a look at Lieutenant Sonny Fuzz, a young, ambitious, newly-minted officer who shares an office with Sergeant Orville Snorkel. This situation inevitably leads to conflict – an essential element for humor, according to cartoonist Mort Walker. 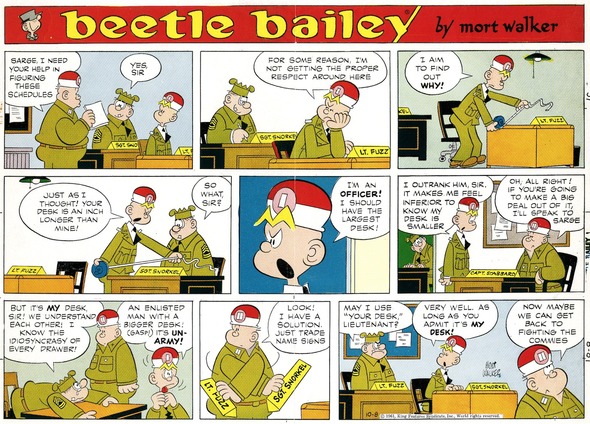 Meanwhile, in the HI AND LOIS episode from the same time period, he takes a look at Chip. The Flagstons’ eldest child, who was about 8 years old when the strip began, is the only character to have aged slightly over the years. To read more, click here. 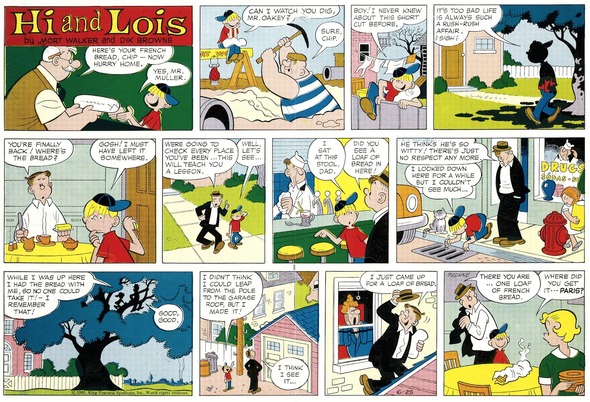 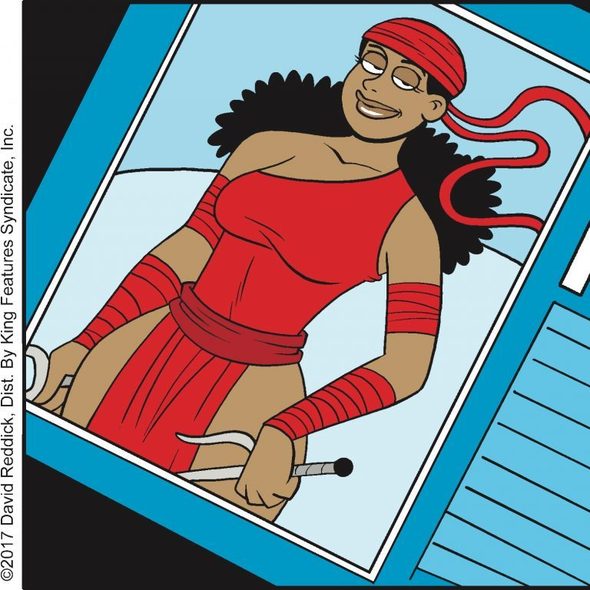 BIZARRO cartoonist Dan Piraro shares the fact that one of his cartoons sparked the largest and most heated argument on his Facebook page that he has ever seen. He was buried under an avalanche of angry emails and comments.   To check it out, click here. 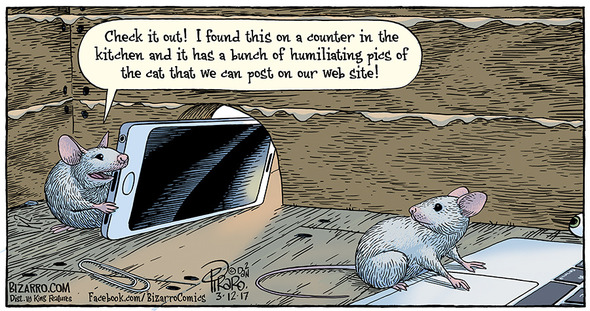 No controversy in this Bizarro cartoon!

Finally, fifty years ago, Jimi Hendrix combined his longtime love of scifi with his guitar- shredding abilities on “Purple Haze,” blasting him into the stratosphere of superstardom. Why are we talking about Hendrix this week? Find out his connection to FLASH GORDON in this fascinating article:  A Purplish Haze: The Science Fiction Vision of Jimi Hendrix 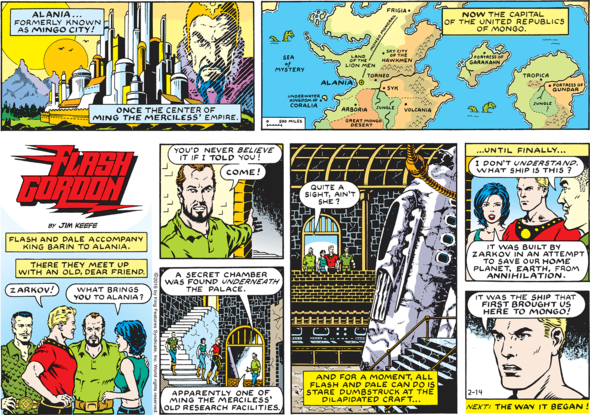