It’s the Ides of March, which of course is a lot less tasty than yesterday (Pi Day), but of course, we all know to beware 60 of our closest friends conspiring to assassinate us today! Today, in honor of the downfall of Julius Caesar, I asked our cartoonists to talk about THEIR downfalls and weaknesses:

Mr. The Toad’s motto is: “Failure IS an option—as long as it’s YOURS!” He specializes in downfalls and inadequacies—in other people. Gotta let this stuff out in my comics so I don’t do it in real life!

It’s Greece, not Rome, but even so it’s a challenge to keep the arms from breaking off.

A personal downfall is any day I get distracted by Social Media and don’t get anything productive done. 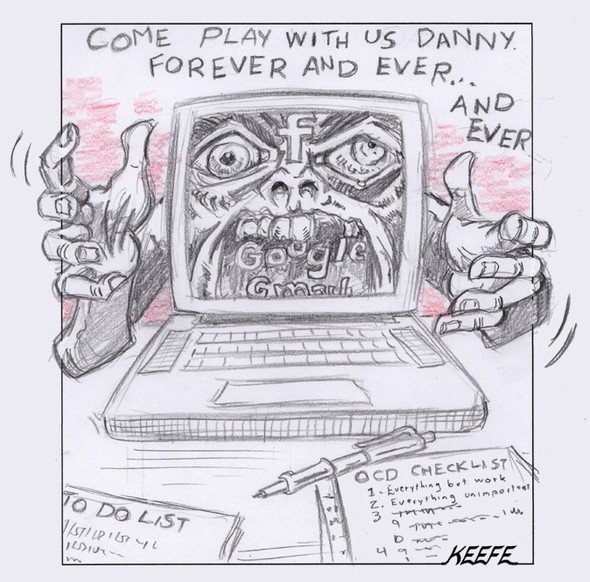 One way to get through these kind of roadblocks is to get advice from other working professionals who successfully navigate the same waters. One of the best is the workshops given by cartoonist, author, and teacher, Jessica Abel. For anyone looking to move forward on creative projects that have spent too much time on the back burner I recommend her website HIGHLY. Just go to JessicaAbel.com and you’ll find a wealth of info to get you started.

I have a terrible sweet tooth and it’s a real struggle to try to give up sugar. I used to have these “napolitanas” from the local bakery at least once a week and I really miss them! 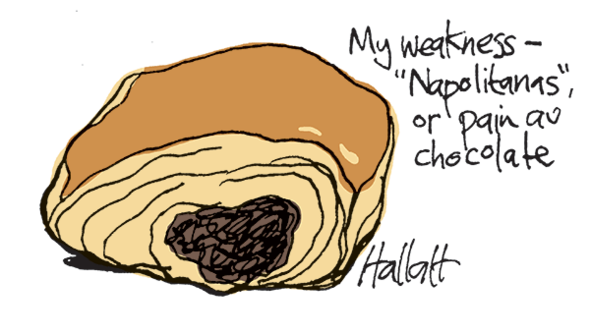 I’m not all that big on sweets or junk food, but Steve is another story. He writes a lot of gags about Ed’s weakness for all things sweet and/or stuff that drops from a vending machine because Steve himself can’t resist diving headlong into any dessert, candy, or Funyuns that may fall within reach. And what’s so infuriating is that he stays so slim no matter how much he packs into his sweet tooth.

Me? I can’t resist my Mom’s fried chicken… I could eat my weight in it. And I’d prove it too, if she would just someday fry up a 200 pound chicken for me.

Unfortunately for poor ol’ Mr. Wilson, the Ides Of March is usually marching right BEHIND him. 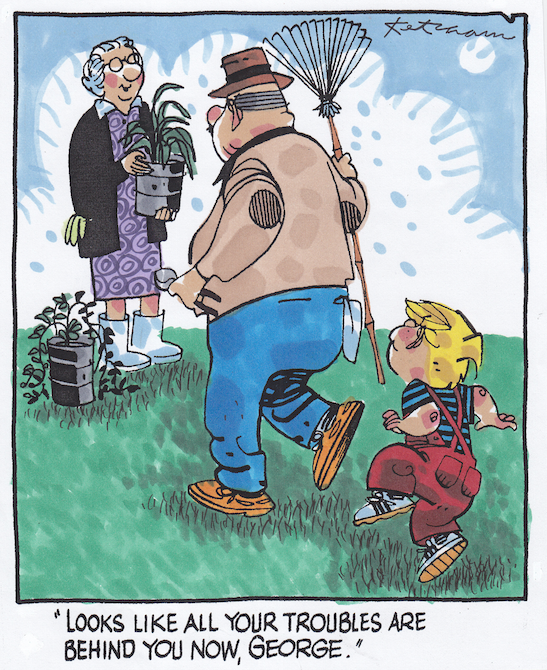 Like most children his age, Jughaid Smith LOVES candy! It is a snack he can’t give up and every time he passes Silas’ penny candy aisle at the Gen’ral Store, he wants a sweet treat! But, then again, don’t we all?! Yum!