News Around the Kingdom: CHALK TALKS, FISH FUNERALS AND VACATIONING AT THE JERSEY SHORE

This week, SNUFFY SMITH cartoonist John Rose alerts us about his “Speakin’ Engagement.” On Monday, March 13th at 11:45 am, he will be presenting a Chalk Talk to the Harrisonburg (Va.) Rotary Club at the Elks Lodge in Harrisonburg at 482 South Main Street. Check out the details here: http://snuffysmithcomics.com/ 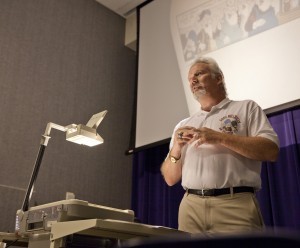 In this month’s Newshletter, there is a wonderful, exclusive interview with MUTTS cartoonist Patrick McDonnell. In it, he tells us, among other things, about playing in the woods as a child, vacationing at the Jersey Shore, and gathering artistic inspiration from nature. Click here to check it out! 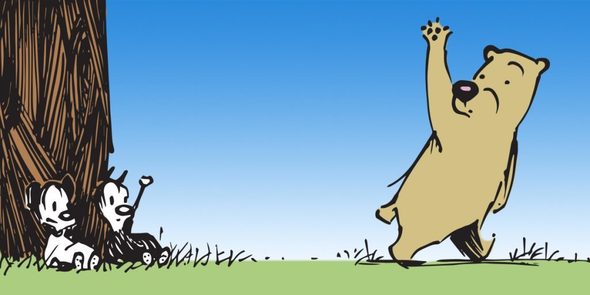 When Brian Walker looks back into the BEETLE BAILEY archives in his “Timeline – 1961” series. Part 3, he proves the old adage that the more things change, the more they stay the same, especially when it comes to political and social commentary. 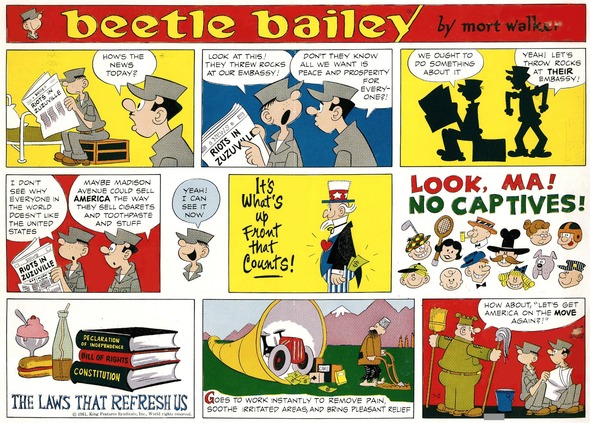 Meanwhile, in the HI AND LOIS episode from the same time period, Brian shows a Sunday page in which Trixie has trouble falling asleep. To find out why, click here. 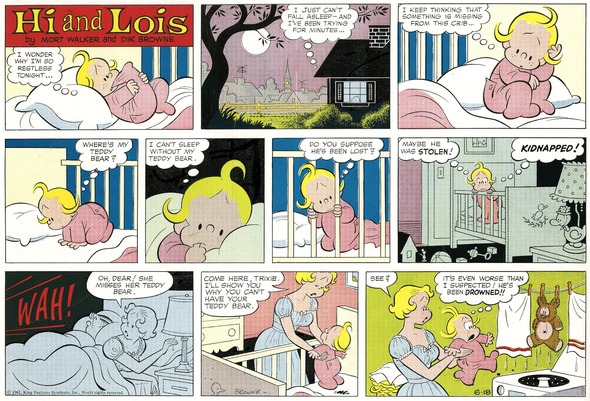 INTELLIGENT LIFE cartoonist David Reddick shares his love of all things Tudor England via his Sketchbook this week, as evidenced by this drawing: 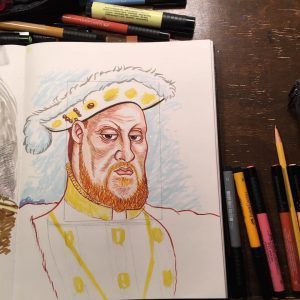 And, last but not least, BIZARRO cartoonist Dan Piraro get unapologetically political this week. And then he cracks everybody up with his hilarious view of the world – everything from funerals for fish to imagining “The Wedding of Frankenstein.” To check it out, click here. 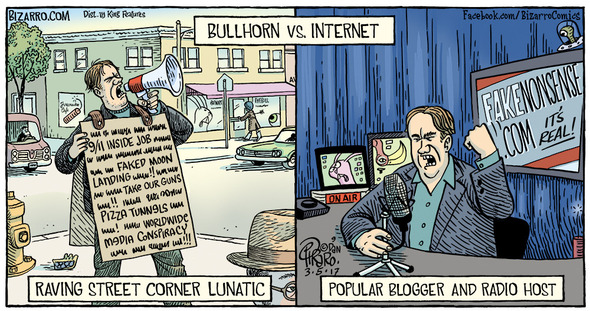