News Around the Kingdom: A-BOOP, A BOOK OR TWO, AND A CLASS 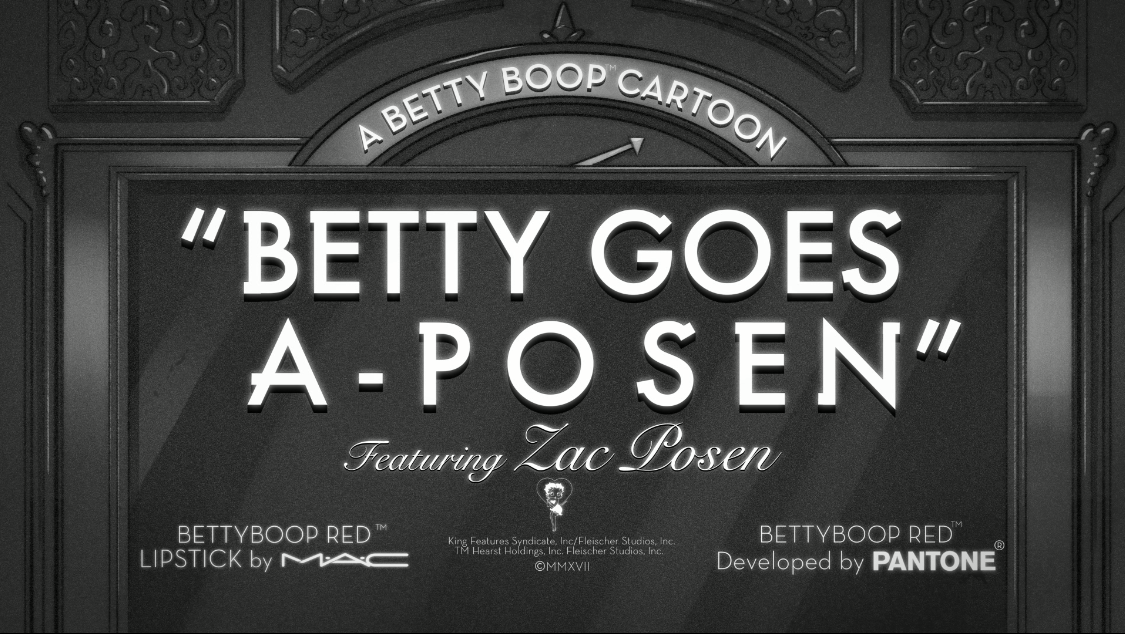 This week, we had MORE excitement as the fashion industry went on “red” alert:  Betty Boop stepped into the spotlight with the world’s biggest arbiters of fashion, color and style: Zac Posen, Pantone Color Institute, and M·A·C Cosmetics. 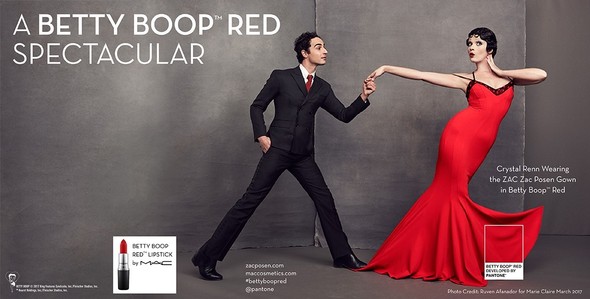 It all began as global fashion designer Zac Posen revealed his signature Betty Boop dress collection created in the exclusive “Betty Boop Red” color developed by Pantone, the global color authority and provider of professional colorstandards for the design industries. USA Today gave readers the exclusive first look last Friday and pointed to the full story in the March issue of Marie Claire. The reveal coincided with the Valentine’s Day launch of the “Betty Boop Red” Lipstick by M·A·C Cosmetics. 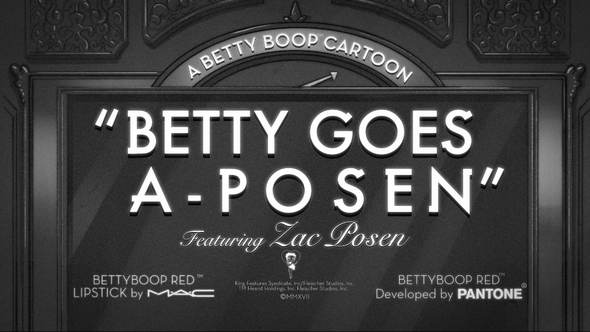 Plus, “Betty Goes A-Posen,” an all-new three-part animated short featuring the original sass symbol and Zac Posen as her cartoon co-star, was released as part of the promotion. It’s the first new Betty Boop animation in nearly 30 years AND the first time Betty Boop has been animated for the Digital Age. View it here.

Click here to read more about the Betty Boop partnerships.

Check out the new book from MUTTS cartoonist Patrick McDonnell! Titled Darling, I Love You: Poems from the Hearts of Our Glorious Mutts and All Our Animal Friends, it is a collection of poetry and illustrations honoring the animal-human bond. 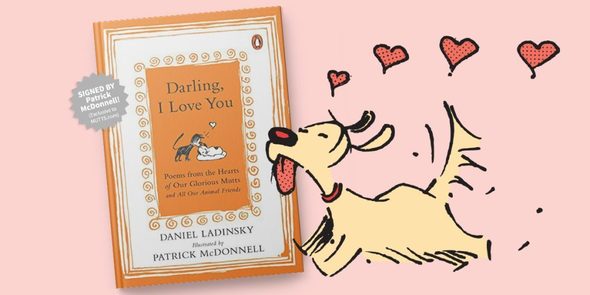 Darling, I Love You

It’s also a collaboration — the first ever — between Patrick and internationally acclaimed poet Daniel Ladinsky, widely known for his interpretations of Hafiz, Rumi, and other mystic poets. Click to read more about it. 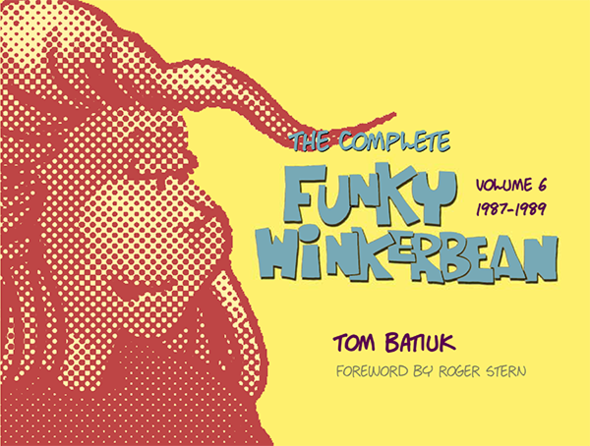 Speaking of books, FUNKY WINKERBEAN cartoonist Tom Batiuk gives a shout-out to the folks at Ohio Music Educators Association, who recently kicked off the book-signing season. Tom was there with Vol. 6 (1987–1989) in the series from Kent State University Press, The Complete Funky Winkerbean. Check out what Tom had to say in his blog.

Learn cartooning from a pro

In addition to publishing a new Winter edition of her Charming Yet Infrequent Newsletter, RHYMES WITH ORANGE cartoonist Hilary Price announces that she is going to be teaching an online class called “Make it Funny: The Basics of Drawing and Writing Single Panel Cartoons” from March 6 to 10. If you’ve ever wanted to learn how to be a cartoonist, here’s a very funny lady who can teach you. Click to learn more about the class and sign up. 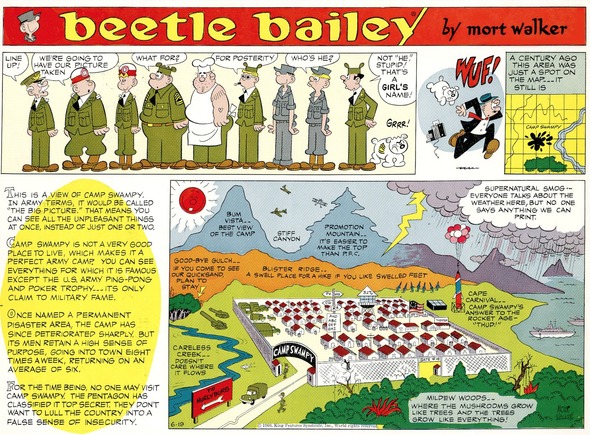 Brian Walker continues with his Timeline series: 1960 – Part 4. In BEETLE BAILEY, he looks back at at Sunday page in which Mort Walker shows a full cast line-up and a really cool aerial view of Camp Swampy. 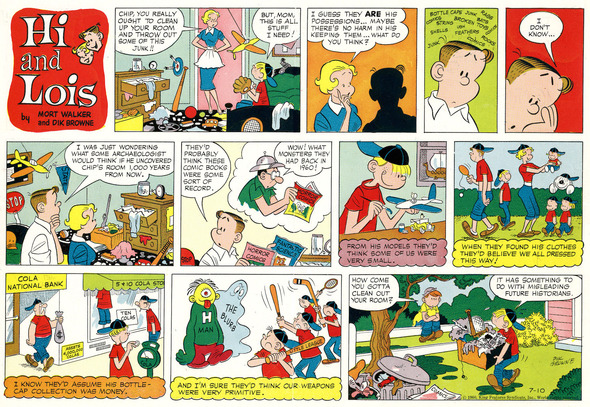 In HI AND LOIS, Brian shows a Sunday in which Hi muses about what future archeologists might think of the junk in Chip’s room… 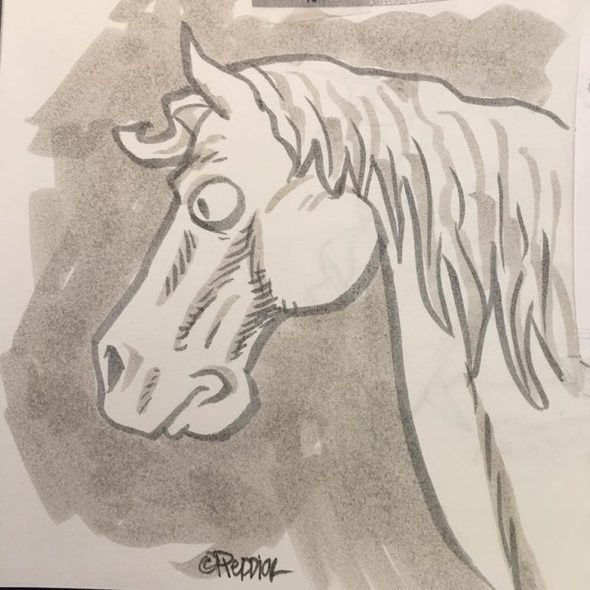 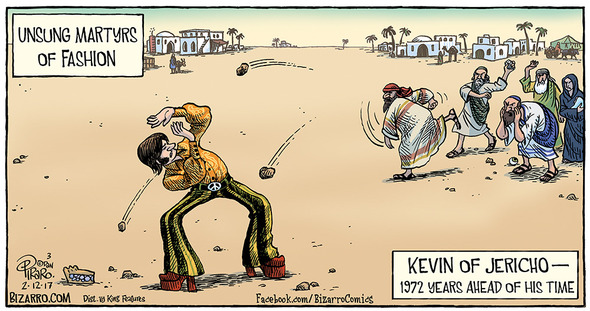 The Bible vs. Science?

BIZARRO cartoonist Dan Piraro waxes eloquent in his usual wacky fashion about the Bible, gluten, ventriloquists and, well, you’ll just have to read his blog post yourself.

In honor of Presidents’ Day, which we celebrate on the third Monday in February, I thought I’d share this Sunday Page I created in 2009. It ran the day before Presidents’ Day and had a presidential theme. It was a lot of fun drawing Jughaid as President Lincoln in the title panel!

And, last but not least, SNUFFY SMITH cartoonist John Rose shares a Sunday page he did in 2009 to celebrate Presidents Day — or Prez’dents’ Day, as Snuffy would say. Speaking of which, enjoy the holiday as we celebrate our Founding Fathers on Monday!