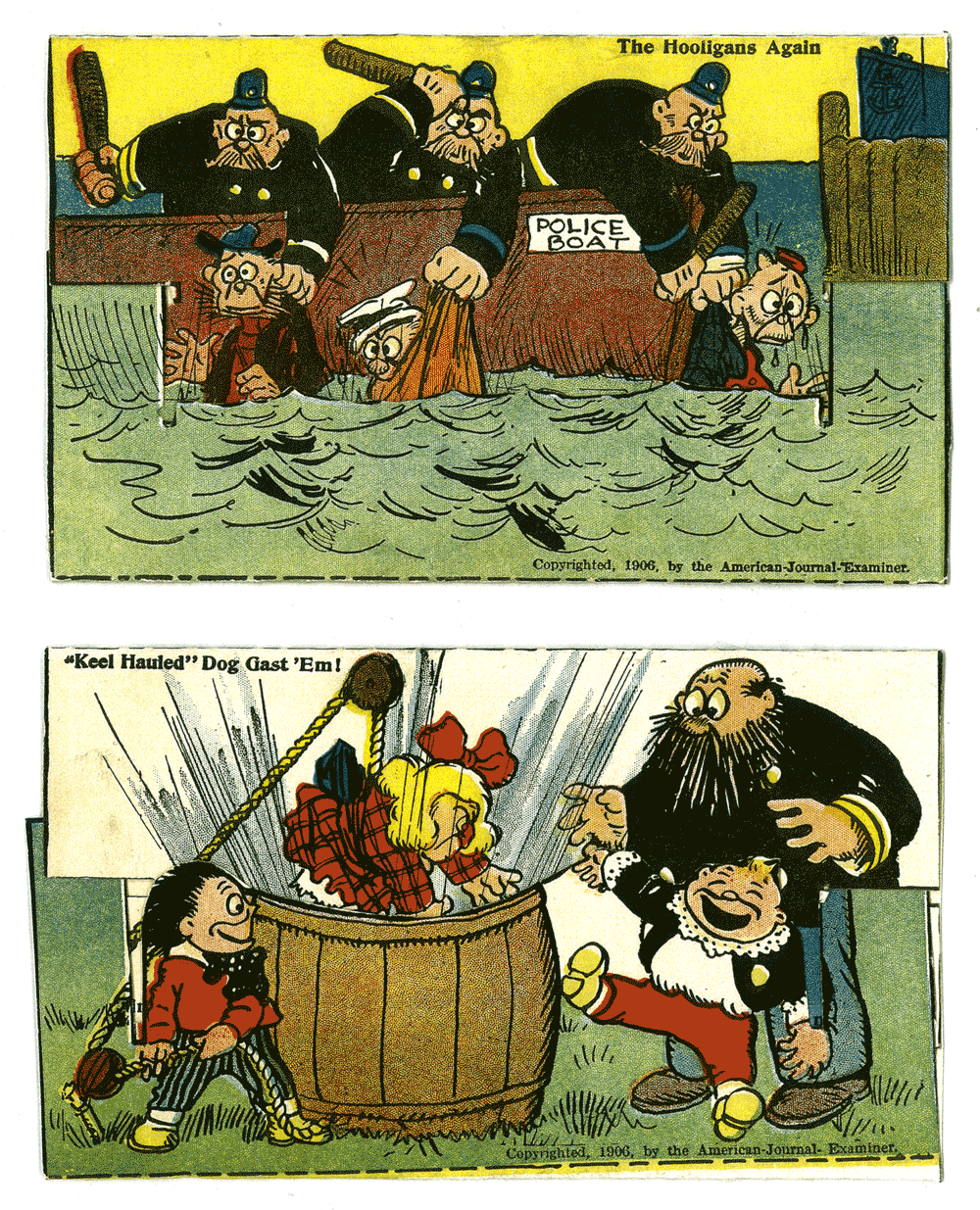 This week? More comic postals from the dead letter office.

Last December we looked at some Hearst post cards from the early 1900s that were given away with our Sunday papers. Several sets were issued in the years 1906-1907.

Take a glim at this:

Here’s a few from a more ambitious set, of what were called “Mechanical” cards, because with a little assist from the reader, they move. The action was achieved by gently squeezing the top and bottom of the image, which would convulse in the middle, giving the cartoon the illusion that something within was making a vertical  movement 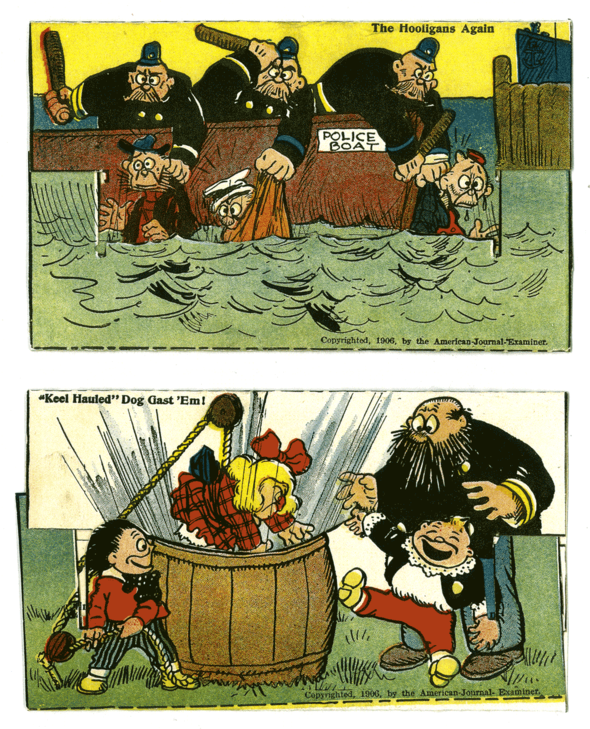 Happy Hooligan and his hapless brother and cousin are being battered in the briny deep,
and one of Captain John’s minions (dressed as a girl) proceeds to get dunked into a barrel by
The Katzenjammer Kids in two of the “mechanical” cards. 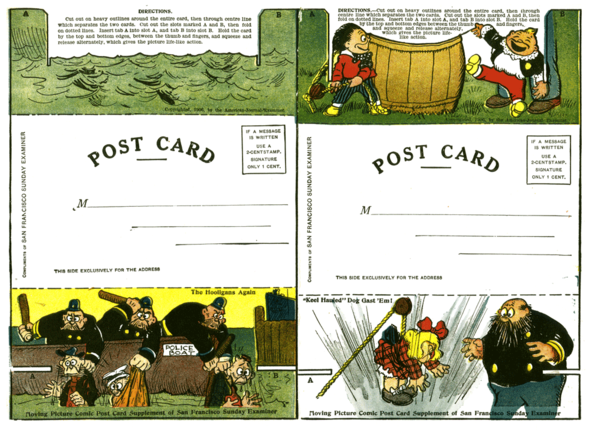 The same cards as they appeared in an unused, uncut set with the instructions still present. 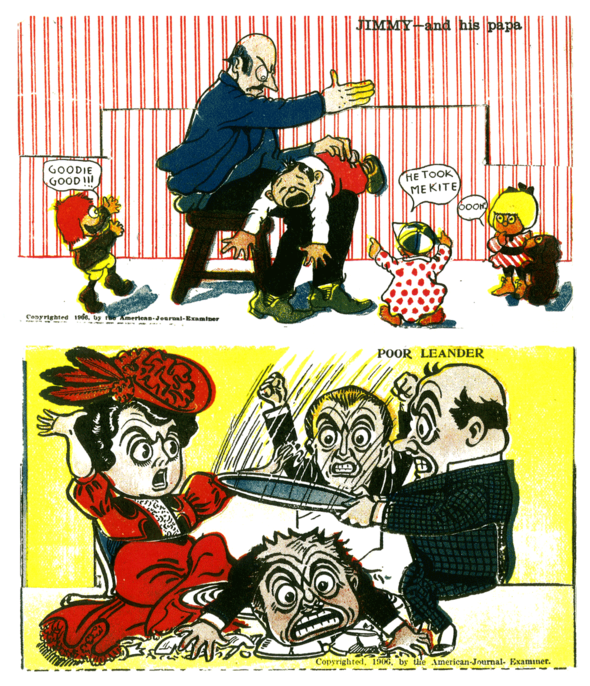 Little Jimmy pays the price of his trangressions once again,
and Leander makes Lulu’s dinner party a smash. 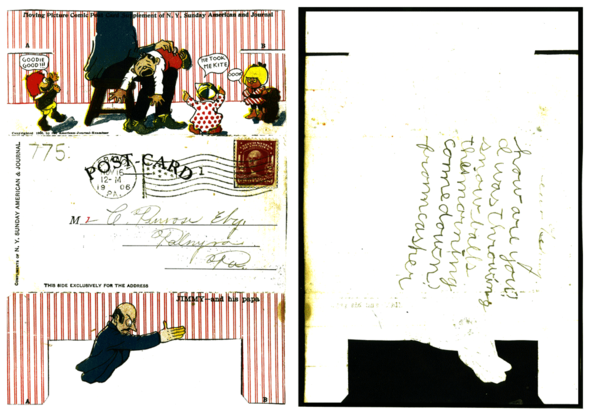 The same cards and their reverse sides, where the message would be scrawled. 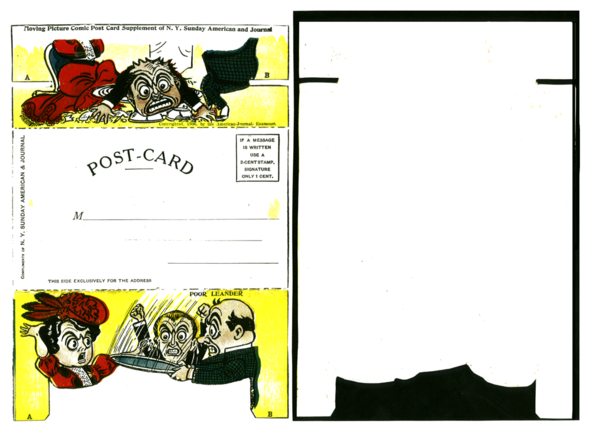 Again, the same cards and their reverse sides, where the message would be scrawled.

Hearst characters were licensed to some post card publishers as well, at least before we started putting out our own. Here are two: 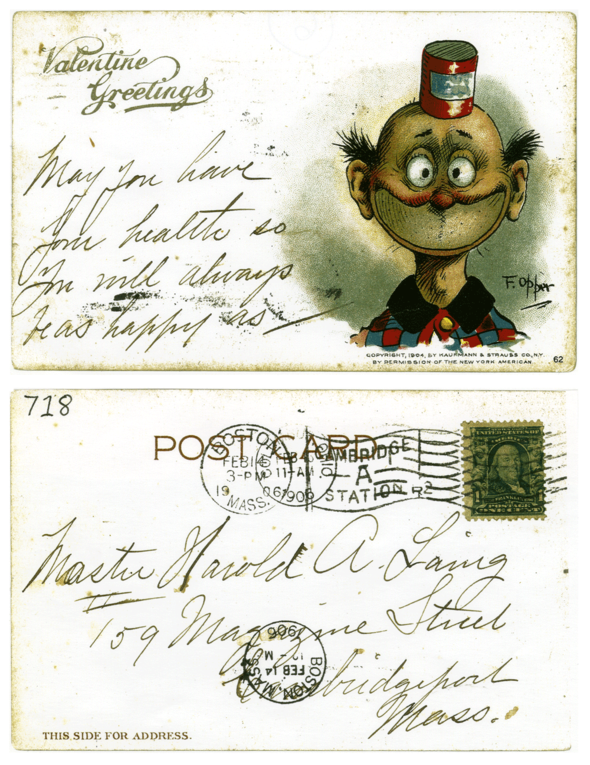 Yours, The King Features Archivist.