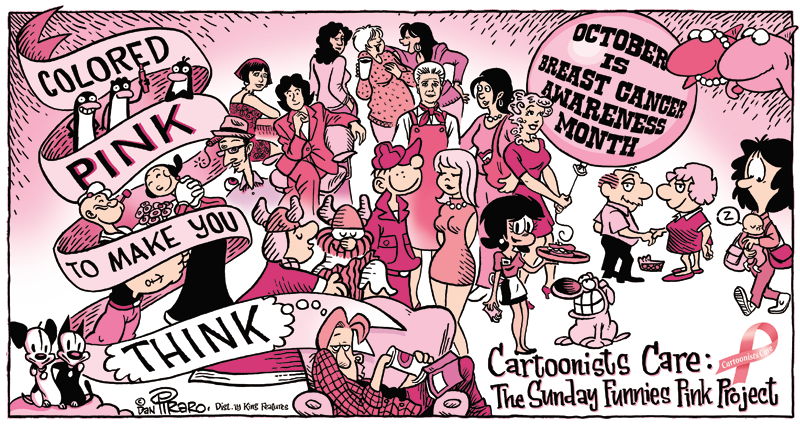 As many of you probably know, October is Breast Cancer Awareness Month– a time to remind woman (and men, too!) to take preventative care against this dangerous illness, and to help support breast cancer survivors as well as the organizations researching hard to find a cure.

This is a cause that is near and dear to the hearts of many of our cartoonists.  A few years ago, Sanda Bell-Lundy and Between Friends were features in a breast cancer awareness campaign for the Canadian Cancer Society.    Here’s what Sandra said about her participation:

The succinct, visual nature of a comic makes it a great communication tool. Readers have told me that reading information in a comic format (either humorous or serious)  is particularly effective because they feel the message is reaching an audience that it otherwise typically wouldn’t. In addition to writing a comic for King’s Pink Campaign, I was approached by the Canadian Cancer Society a few years ago to assist them with their campaign to promote regular mammograms.  They asked me to use my Between Friends characters to create three continuing stories which addressed the most common concerns women had about mammograms. That particular campaign is done but you can still see the flash-animated comic stories on youtube.
Sandra also mentions our Pink Campaign, a special series of pink comics we ran in newspapers five years ago to help promote breast cancer awareness.  It’s amazing the impact that something little like changing the colors of the comics pages can do to remind people to get potentially life-saving preventative care!
Five years after the campaign, we thought it would be nice to share with you the art that was included in those Sunday newspapers, along with the special featured art by Dan Piraro of Bizarro that we auctioned off to raise money for breast cancer research. 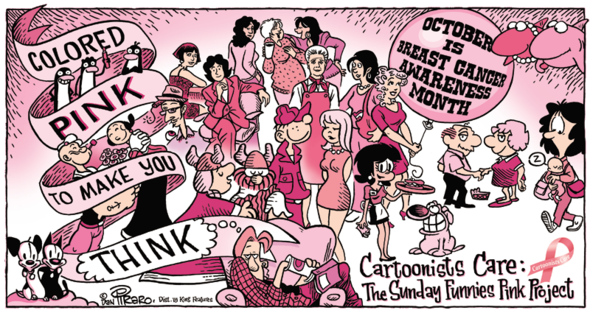 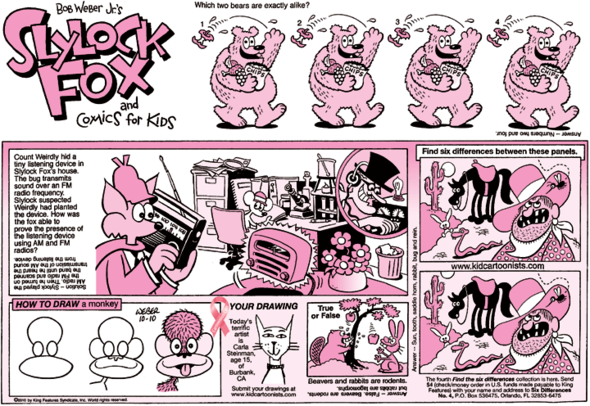 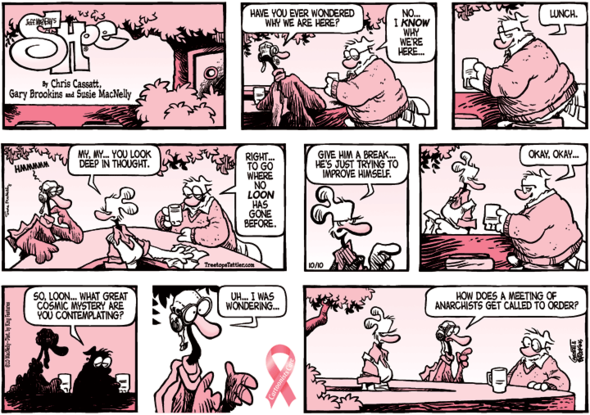 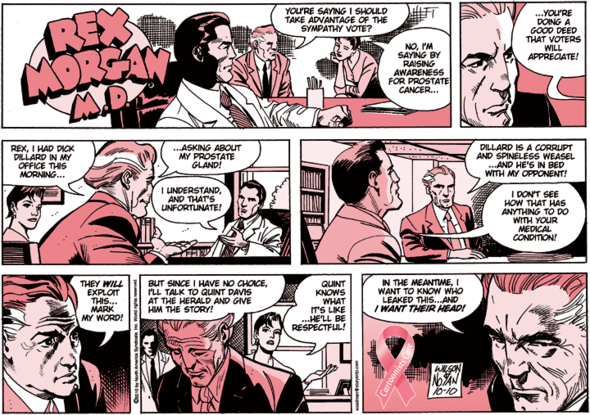 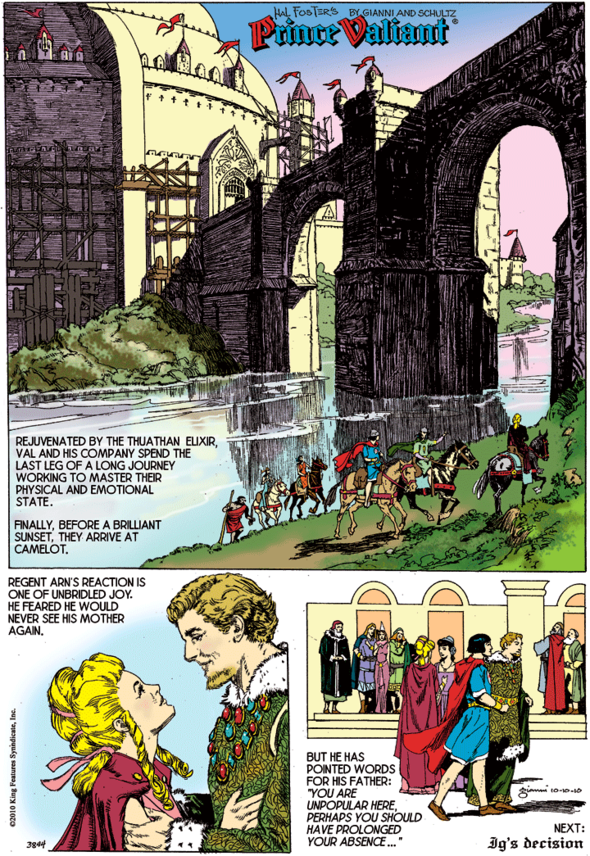 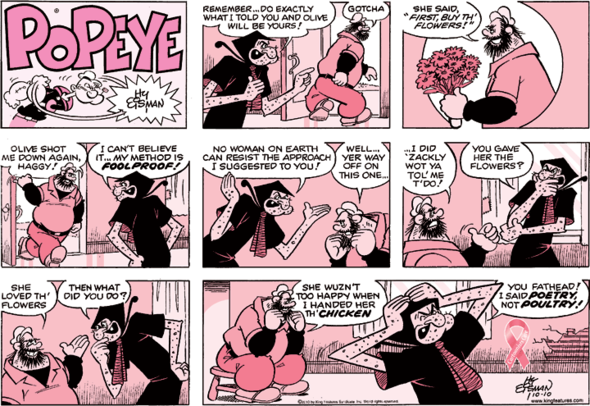 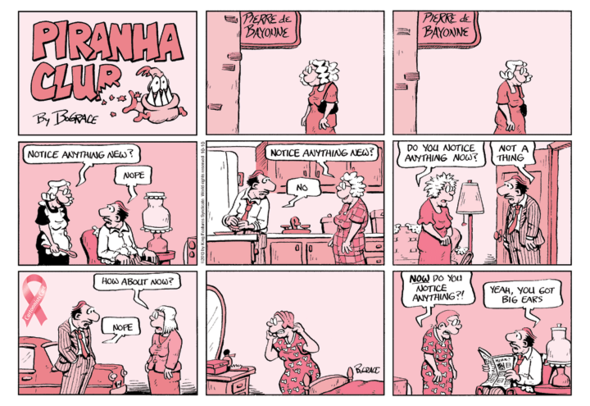 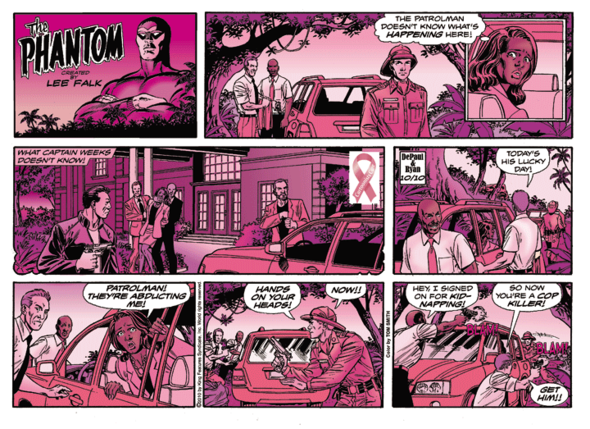 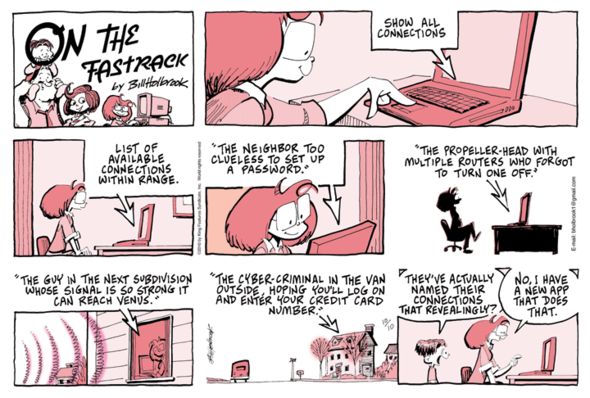 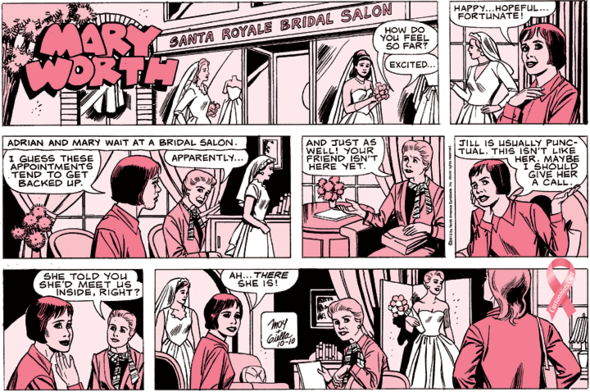 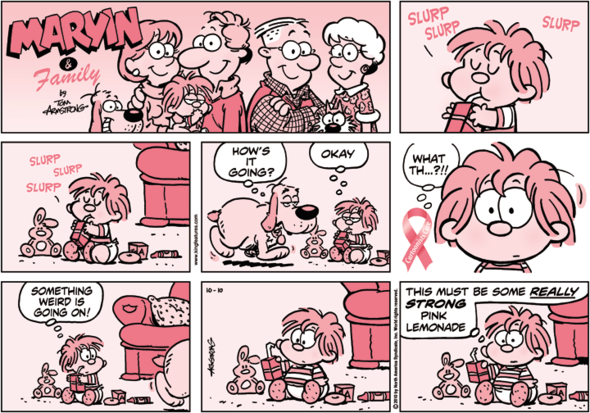 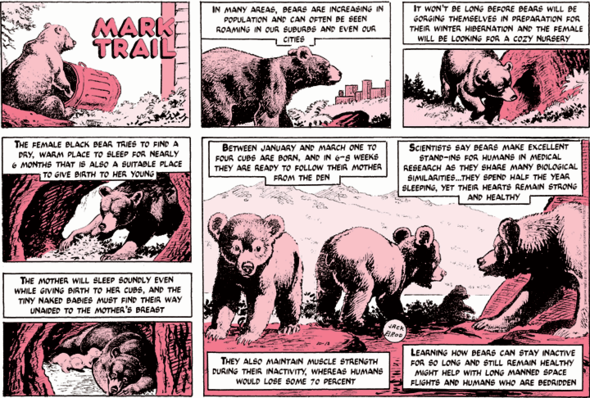 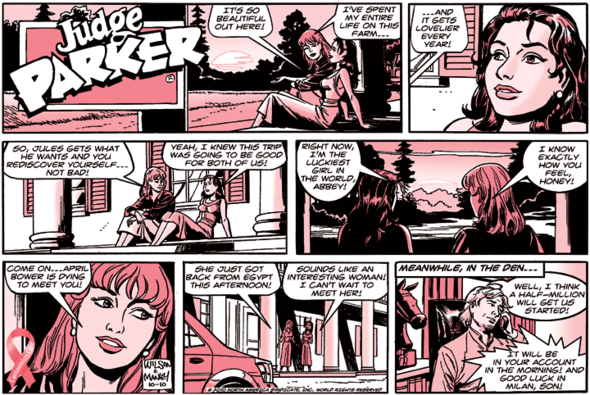 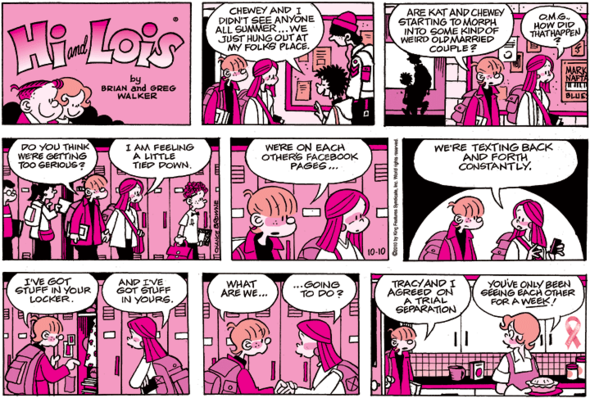 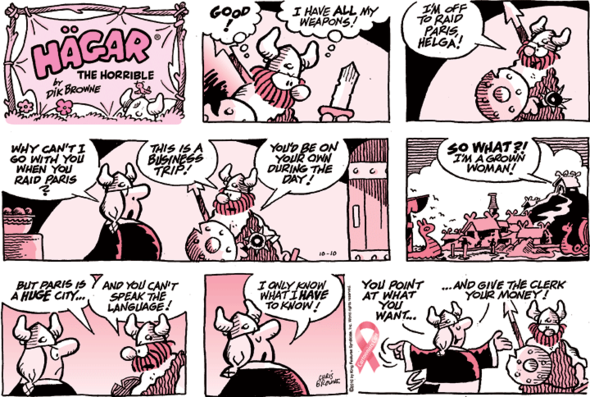 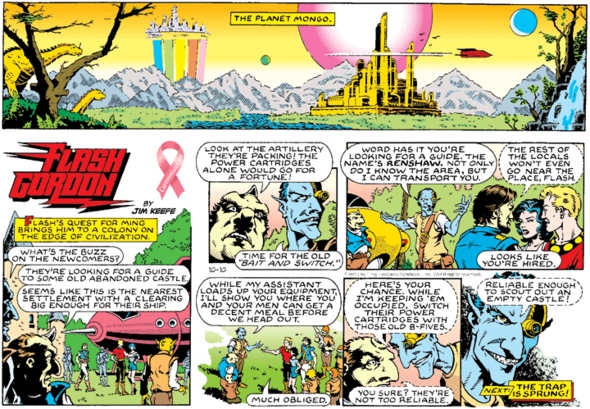 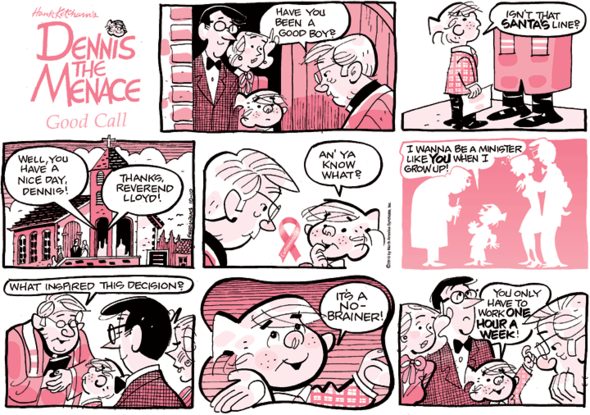 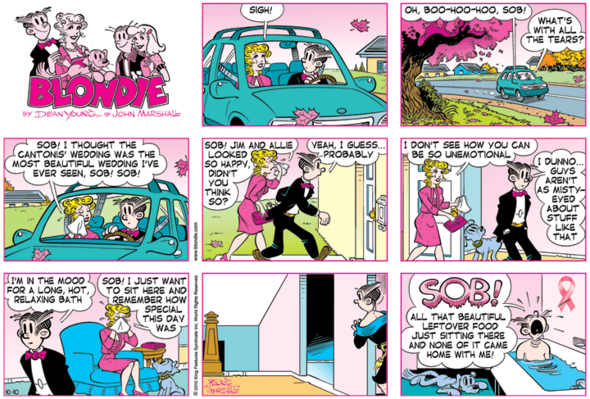 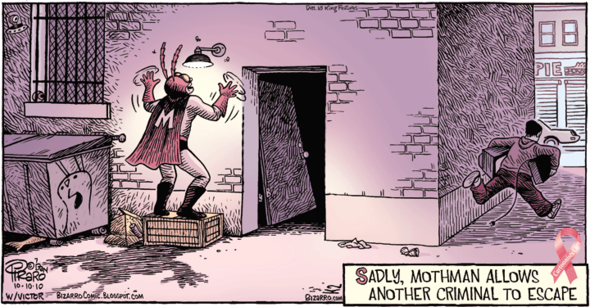 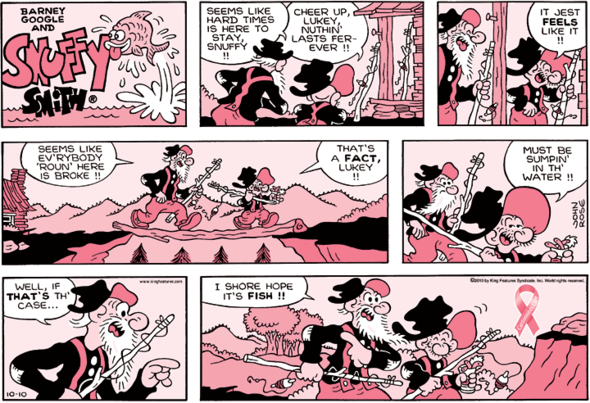 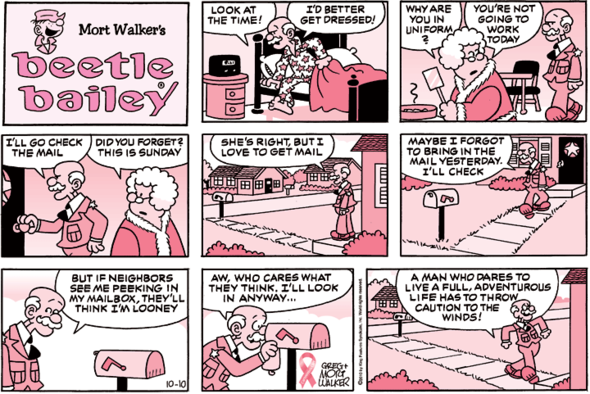 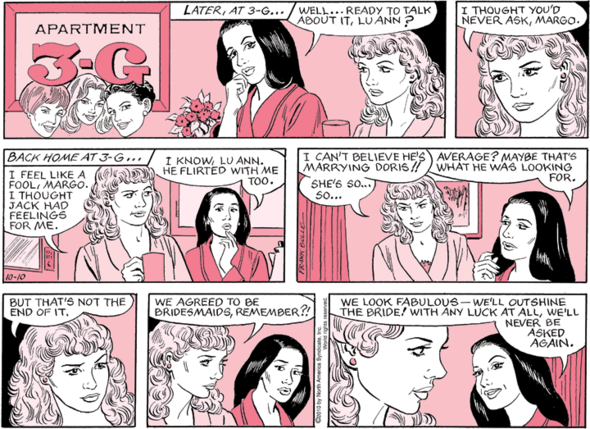